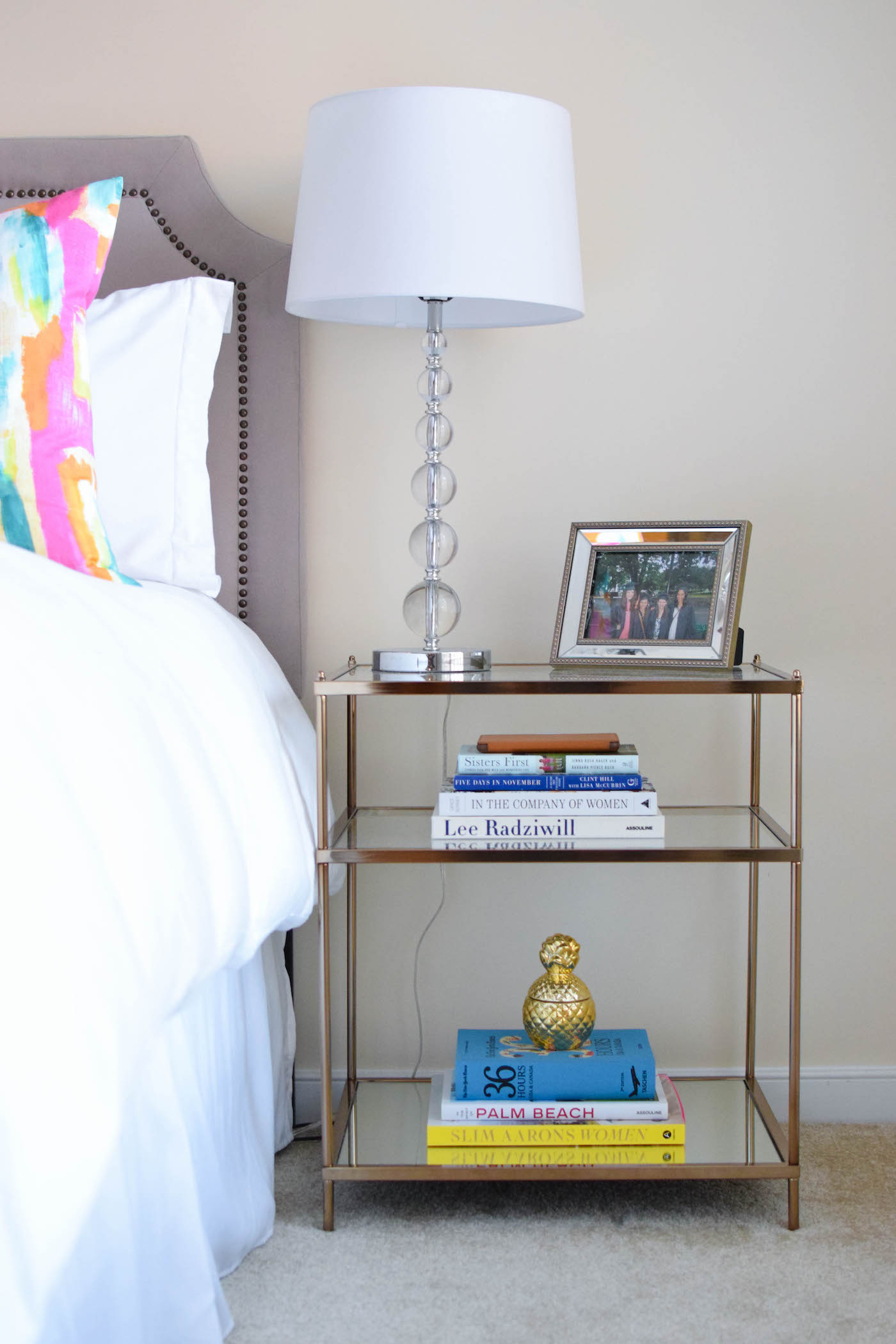 I realized the other day that while I’ve given you all a look at the living room / dining room area of my apartment, I haven’t yet showed you any glimpse into my bedroom. Truth be told, it’s still a work in progress as I’m on the hunt for a new dresser—I really want a green lacquered one!—and for art to hang over my bed. However, I did get new nightstands (!), so I wanted to pop in and show you those.

If you know me in real life, you know that much of my October was dealing with this “nightstand saga” I created for myself.

To fill the rest of you in, I had originally purchased these terrace side tables from West Elm to replace the simple black nightstand I’d been using since college. The terrace side tables beautiful and sturdy, but the problem was that at only 23″, they were much too short for my pillow top mattress. I even knew how tall they were going in, but talked myself into buying them anyway because they “completed the vision” I had at the time. My buyers remorse only worsened once I realized I could have purchased nearly the exact same end tables from Willa Arlo Interiors at Wayfair—the same line my coffee table is!—for less money.

After a few weeks of debating whether or not I wanted to keep the terrace side tables, I decided that I’d ultimately be happier if I purchased taller nightstands. So I did what any millennial would do—I sold the terrace side tables on Craigslist. I actually broke even on the deal since I was able to snag them on sale initially, so in terms of design mistakes, it was only costly in terms of time.

After poking around on Wayfair, I discovered the Willa Arlo Juliette End Tables, which match my Janelle coffee table and have the same look and feel of those West Elm terrace side tables I loved, but were also 4″ taller and therefore sized much more appropriately.

Lesson learned—function should be taken into account as much as form when it comes to nightstand-to-bed-height ratio. I’m happy to report I’ve been loving these nightstands and have no plans to sell them on Craigslist. Previously, I only had a nightstand on the side of the bed I slept on, but I have more space in this room, so I opted to go ahead and purchase a set. It makes me feel like I’m living at a hotel, and I love it! #thelittlethings

I’ve also been having a really good time collecting coffee table books to bring some color to these nightstands—such an easy way to change up the decor whenever I feel like it and highlight some of my favorite people/places/things.

I’ll check back in with another look at the apartment soon! x *** SHOP THE BOOKS ***
In the Spirit of Palm Beach
Five Days in November
Sisters First
Slim Aarons: Once Upon a Time
Slim Aarons: Women
Lee
All in Good Taste
This is San Francisco
In the Company of Women 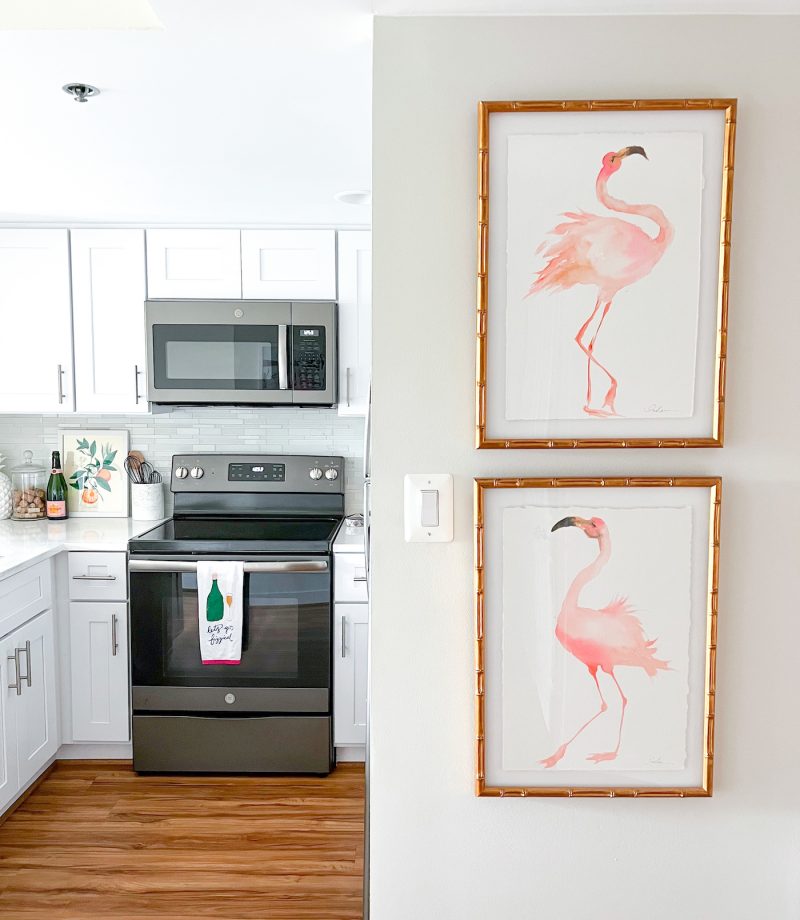 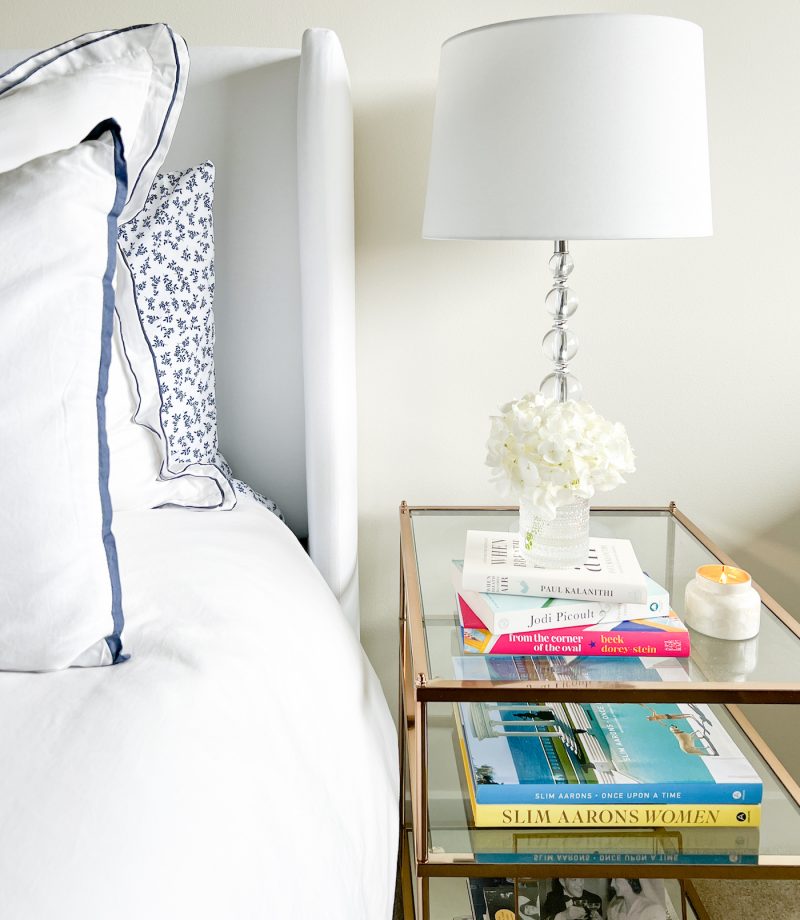 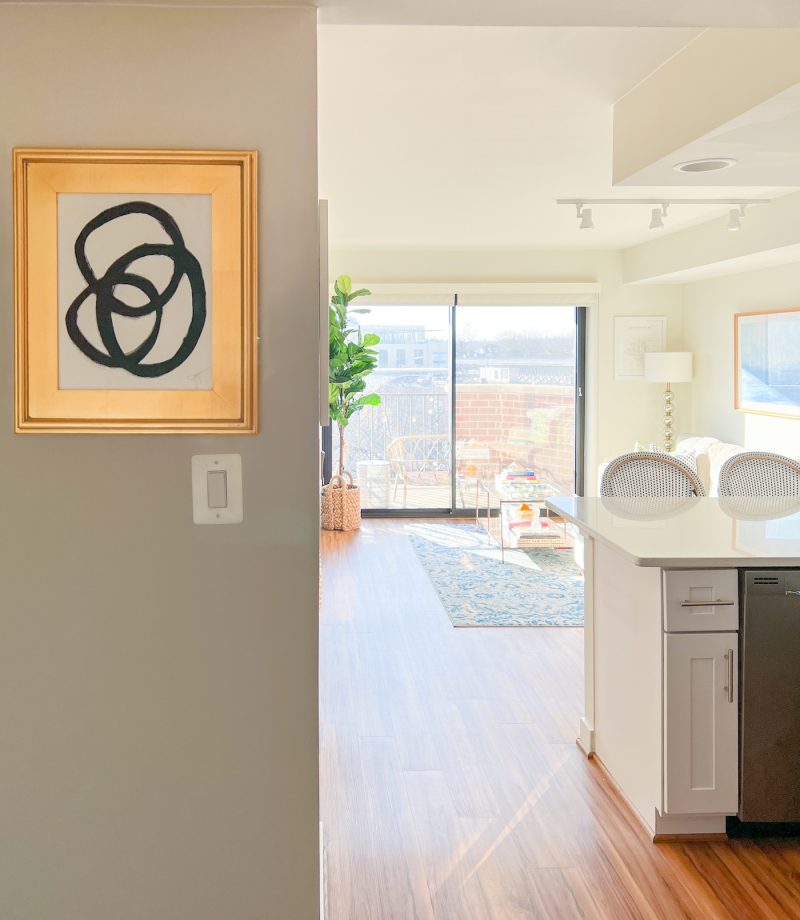