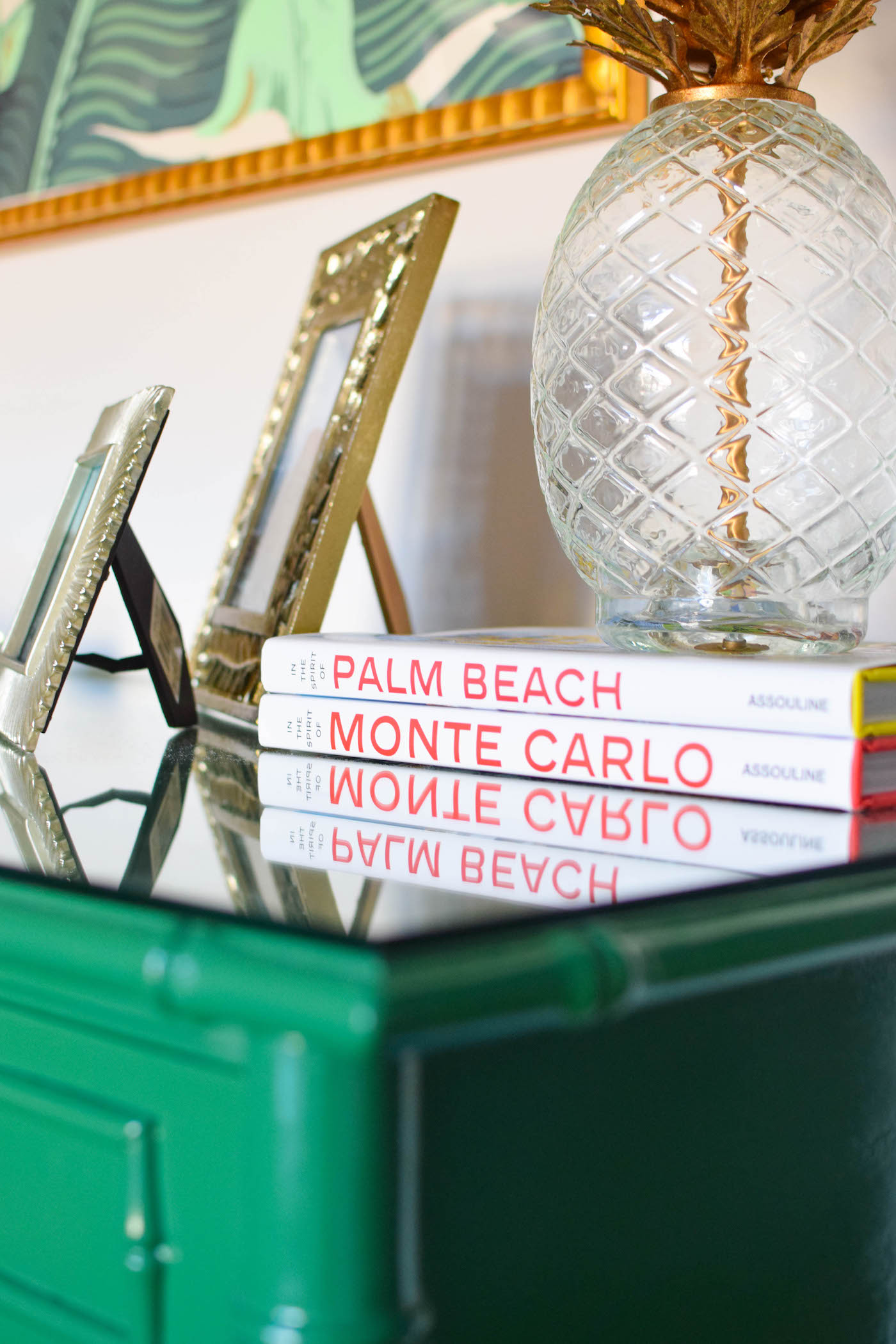 Happy Monday, y’all! How was everyone’s weekend? Mine was a good one! On Friday night, I stopped by the mall for a quick exchange and then had a chill night around my apartment checking things off my to-do list. On Saturday morning, Jenn and I met up to shoot outfits for each other—we’ve done this a few times, but the photos we took this shoot are by far my favorite! Jenn had scoped out some really great backdrops for us, so we also got our steps in walking around the city to get the perfect backdrop. We treated ourselves to cocktails at Brothers and Sisters, the bar at the Line Hotel. It was such a fun bar—and they had matchbooks!—so I’ll definitely be back.

On Saturday night, my family came over to celebrate my 28th birthday a bit early (it’s on the 15th!). We went to Floriana for dinner after a happy hour at my apartment. The food was great—probably the best lasagna I’ve ever had—and the atmosphere was super cozy. The service was a bit slow, so if you are planning a meal there, definitely don’t pick it if you’re in a rush!

I used my extra hour on Sunday to finish Southern Solstice and started its sequel Southernmost. My friend Emma recommended these cute reads to me, and they certainly don’t disappoint. I’ll be sure to include them both in my next on my nightstand recap! Other than reading, I did laundry, cleaned up around the apartment, meal prepped a bit for the week, and went to Mass. A weekend well spent!

When I moved, I decided to forgo my Verizon cable package and instead see how the mix of Netflix / Hulu / Amazon Prime could do for television instead. We’re about two months in, and I have to say—my only regret is not cutting cable sooner! It has saved me so much money, and with a combo of the three streaming services above, I’m able to watch everything I could want.

Prior to cutting cable, I had Netflix and Amazon Prime, but when I moved, I added a Hulu subscription. I did the free month-long trial, and loved it so much that it was a no-brainer to pay the monthly fee. I did splurge for the commercial-free version after a few weeks of suffering through five to six commercial breaks per episode—that extra $5/month really makes a difference in my quality of life, hah! I initially contemplated splurging for Hulu Live so I could watch TV in real time, but since I’m not a big sports fan and typically not home when my favorite shows air anyway, the regular Hulu subscription is a perfect fit for me. If you’re on the fence about cancelling your cable subscription, I can’t recommend it enough! Streaming is especially easy for me because I have a Smart TV, meaning I don’t need any other device to connect my TV to internet—each of those services has a built-in app.

Since subscribing to Hulu, I’ve also been loving a few new TV shows that I would highly recommend, so I wanted to share. The first is The Bold Type, which is the best Freeform show about three friends, Jane, Kat, and Sutton, who work at women’s magazine, Scarlet. The show follows their lives as they explore work, relationships and adulthood in New York City. The plot lines are really relevant to today’s world, covering issues like LGBTQ identity, the BRACA gene, workplace relationships, racism, and more. I quickly became invested in all the characters—and loved seeing all their fashion choices! There are currently 20 episodes out, and I crushed all of them in about a week. The show was picked up for a season three, and I’m excited for new episodes.

Once I talked about my love for The Bold Type on Instagram, so many people recommended the show Younger to me and I watched all five seasons in about two weeks—it is the cutest show! Liza, played by Sutton Foster, a 40-something divorced mom pretends to be 26-year-old to land a job at a publishing house as an assistant to support her daughter. While at the publisher, Liza befriends Kelsey, played by Hilary Duff, her 20-something coworker, and begins dating a 26-year-old tattoo artist, Josh, all while having to keep the secret about her real age. Of course, over time, it becomes harder to live a double life and chaos ensues. This is such a feel-good show, and since episodes are only 30-minutes long, the plot moves pretty quickly.

The other show I’ve been loving lately is A Million Little Things. It’s one of ABC’s new series this year, so there are only several episodes out, but I’ve really been enjoying it. I think it’s ABC’s answer to This is Us, but it’s a little more real and a little less cheesy. The plot follows four tight-knit Bostonian guy friends and their families. In the pilot episode, Jon, commits suicide, and leaves his wife, two kids, and the rest of the friend group completed shattered. The episodes that follow explore how the group is more intertwined than initially presented and how they are each dealing with their grief. I was hooked from the first episode, and can’t wait for more to come out! A few weeks ago, Laura and I went to a talk given by the three founders of Betches Love This since their new book, When’s Happy Hour?, just came out. It was held at Sixth & I, a historic synagogue here in DC that is one of my favorite event venues since it’s so intimate—I’ve seen Lauren Graham and the Bush Twins there, too! Laura and I were really excited for this talk since Jordana is co-host of one of our favorite dating podcasts, U Up. Not unsurprisingly, the majority of the talk was focused on the book, but there were a few references to U Up, which was fun.

Overall though, I have to say, I was a bit unimpressed with the Betches—every time the moderator would ask a question, one of the girls would answer. The moderator would then ask the other two if they had anything to add, and they always said no, which made it really hard for the moderator to get good content and guide the conversation effectively. And, while I agreed with a lot of their career advice, I think a lot of it is tailored to the younger set—those in their first or second year of working. I think they could benefit a bit from media training, and I’m sure as they do more live speaking events, conversation will flow more naturally. I’m glad I went, and at $15/ticket, it was definitely a fun way to support a trio I hope succeeds in the new media space.

About a week or so after we saw the Betches, our friend Sarah texted us to let us know that a U Up live podcast taping was announced at Sixth & I in January! I was able to find the pre-sale code so we snagged our tickets before they went live to the public. I can’t wait to see Jared and Jordana do their thing in person.

(If you’re curious, you can see a list of all my favorite podcasts here!) If you follow me on Instagram, you may have seen my stories a couple of weeks ago about lobe wonders, which are hands down the best thing I’ve purchased on Amazon lately. It’s no secret I love to wear big statement earrings, but lately I’ve been noticing that my ears are more sensitive to the weight than they have been in the past. Whenever I wear lobe wonders, I can wear even the heaviest of earrings all day without feeling anything! They’re essentially a round piece of sticky tape you put over the hole on the backside of your ear. You then put the post of your earring through both the hole and the lobe wonder, and then slide on your earring back like normal. The tape is so strong that it also recedes the appearance of stretched out holes. I can’t recommend these enough ahead of the holiday season! A few weeks ago, my coworker and I went to Creative Mornings DC. For those of you unfamiliar, Creative Mornings is an international organization that hosts a breakfast lecture series for creative types. They are in 192 cities, so if you’re looking for a new way to get involved with the creative community or for a little extra inspiration, definitely check them out. This was my first Creative Mornings appearance, but definitely won’t be my last!

This month’s event in DC was held at Eaton, which is a new hotel and co-working space here in DC. The vibe was very similar to The Dewberry in Charleston, and I can’t wait to get back for a drink on their roof and/or speakeasy soon.

Back this summer, Monica chatted me and asked if I wanted to go see Reese Witherspoon on her Whiskey in a Teacup book tour at The Anthem at the Wharf. I said YES! in about 0.2 seconds, and I’m so glad I did. Reese was initially scheduled to talk to us here in DC back in September, but she had to reschedule because of an illness. Luckily, both Monica and I could attend her make-up date, October 26, and enjoyed the show with Laura.

Reese spoke for a little over an hour, and moderator Alli Wentworth did a great job of asking her questions and creating a great dialogue. Reese talked a lot about growing up in the south, her production company, and her passion for helping young girls and women understand personal finance. A highlight of the evening was when she and Alli did the bend and snap together on stage! I also teared up when Reese was talking about her grandmother and how she believes she is living the life her grandmother always wanted, but couldn’t have, because of gender barriers at the time. Reese has long been one of my favorite actresses, and I am so glad she seems genuine and down-to-earth in person. If you ever get the chance the see her live, definitely go! On a more serious note, I listen to the NPR Up First podcast everyday and, as a bonus episode, they put the first episode of NPR’s new podcast, Believed in my queue. Believed is an inside look at how Larry Nassar was able to get away with abusing women and girls for two decades and how an unstoppable team of women won a conviction in one of the largest serial sexual abuse cases in US history. There are only two episodes out so far, but the format of the podcast is very engaging—great narration and a good mix of interviews and first-hand accounts. Much of the content is hard to hear, and I would put out a trigger warning for those who are survivors of sexual assault or abuse, but I can’t recommend this podcast enough. That’s what’s new with my life lately—I’d love to know what’s been going on in your world!