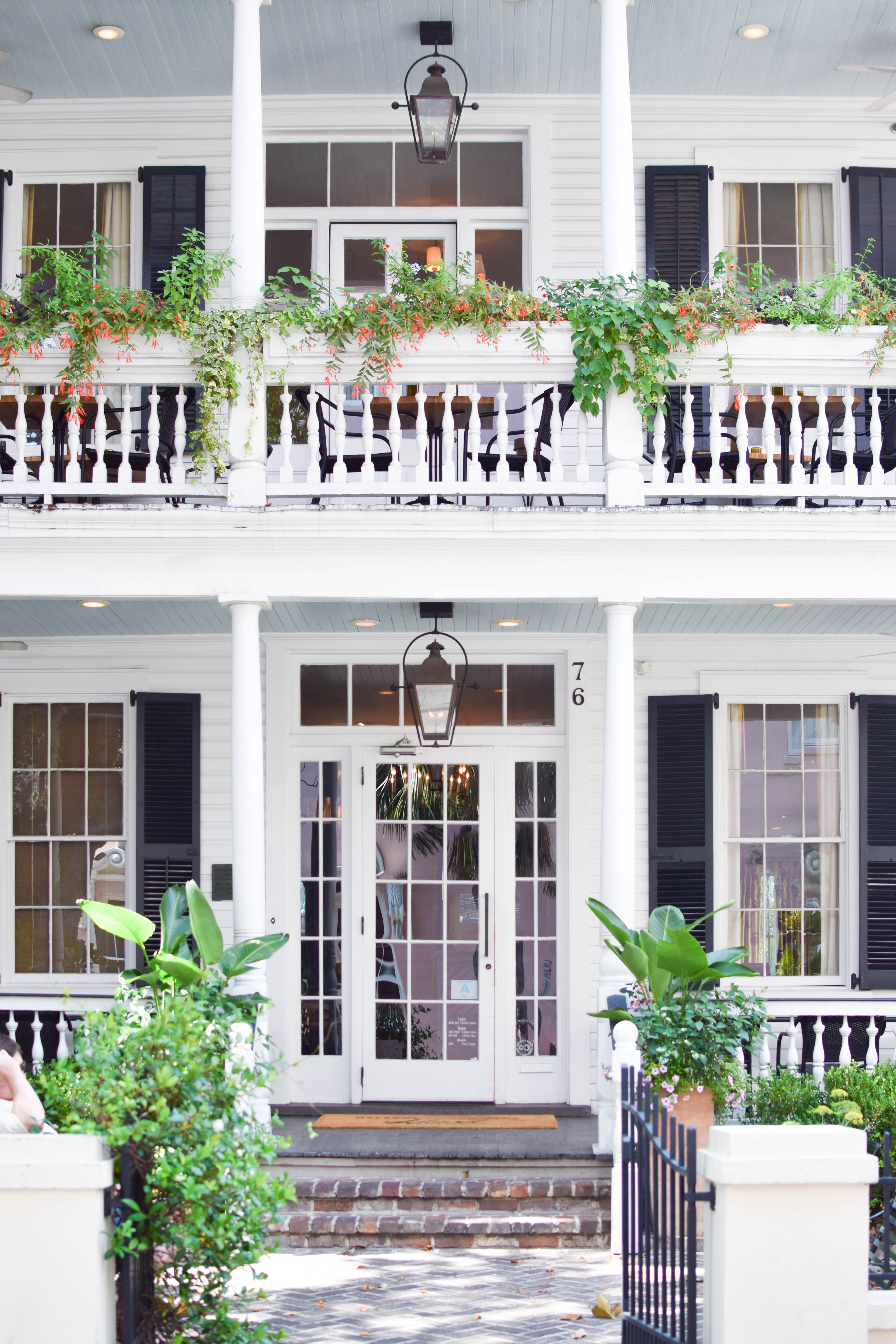 Happy Monday! How was everyone’s weekend? Mine was a good one—a few of my girlfriends threw a house party on Saturday night and we had the best time drinking wine on their driveway. I’ve got a crazy busy week coming up with lots of work for my day job, a fun happy hour on Tuesday night that a lot of my blog squad is going to, and then on Wednesday, we’re celebrating Monica‘s birthday at Le Dip! Busy weeks are great because they fly by, but I’m exhausted by the end!

My family heads to Newport, Rhode Island next week for our summer family vacation. We’ve been once before, in 2005, but are so excited to get back to one of our favorite coastal towns. If you have any recommendations on where to eat / drink or what to do, definitely let me know! We’ve had a lot of fun putting together an itinerary!

You read that right—I am moving to DC! Ever since I returned from a trip to visit friends in New York City back in March, I’ve been doing a lot of thinking about whether or not I wanted to stay in my apartment for another year. Truthfully, it’s been the best first solo apartment—the space is wonderful and I love walking to work everyday. But, I’m a little farther away from the action than I’d like to be and am really craving a more urban (hah) lifestyle. Instead of moving my entire life to a new city, I thought I’d try moving to the city I’m closest to and become a city gal that way. I’ve also found that not many of my friends live in Arlington anymore—they’ve either moved into DC or moved out to the suburbs. I’m not ready to do the latter, so it’ll be fun to be close to many of my friends again and not have to commute so far to social events.

That being said, I have loved living in Arlington and am definitely going to miss it! The good news is that my office is in Ballston, so I’ll still be here on workdays and am excited to take advantage of the newly renovated Ballston mall, if it ever opens. I moved to Arlington five years ago Labor Day Weekend, and am leaving it almost five years to the date. It’s bittersweet to close this chapter, but I’m excited for a new adventure. And hey, who knows, maybe I’ll be back one day!

While I was seriously considering moving to the Navy Yard because it’s so fun down there and I love the idea of living close to the water, I ultimately decided to move to Dupont Circle. It will make my commute to work a lot easier, and I was able to find an apartment that checked all my “must have” boxes—a separate sleeping area, washer-dryer in-unit, someone to sign for my (many online shopping) packages during the day. My new place is much smaller than my current space, but I’m excited to really edit down what I have and only keep the things I love. I’ll be sure to share the process with you! And, I am finally having a photographer come shoot my current apartment on Thursday, so I’ll be posting those pictures here soon.

Lately, I’ve been on a kick where I’ve been rewatching movies I haven’t seen since childhood. It’s been fun to indulge my nostalgic side! Last weekend, I watched A Little Princess—the 1995 one—for the first time in probably twenty years. It was fun to rewatch it again after all this time and watch the scenes I still vividly remember. There, of course, were parts of the film I had completely forgotten and it was fun to rediscover those. I rented it on Amazon Prime for $2.99, but discovered the day after it’s actually on Netflix right now!

I’ve also recently watched the 2003 version of Peter Pan, The Princess Diaries (it’s on Netflix now!), and Pocahontas, which was the theme of my sixth birthday party, hah! I really wish more of the Disney classics were on Netflix—it’s been years since I’ve seen The Lion King, Aladdin, and The Little Mermaid, and I’m dying to re-watch all of them. I’m sure there’s something we could psychoanalyze about this recent kick, but I’ll leave that for another day ;].

A couple of Friday nights ago, I was exhausted and decided to stay in on Friday night. I was browsing around on Netflix and decided to finally watch Queer Eye since everyone seemed to love it and I’d been enjoying Jonathan’s podcast, Getting Curious, ever since I listened to the episode with Mirai Nagasu. I watched one episode of Queer Eye and was hooked! So much so that I ended up watching the whole series in a singular weekend.

For those of you unfamiliar, the plot line of Queer Eye is pretty straight forward—five gay guys, Antoni, Jonathan, Karamo, Bobby, and Tan give their client, usually a straight guy, a full life makeover to boost their confidence so they can move forward. Each one of the hosts focuses on a different area—food, grooming, confidence, interior design, and fashion. The show is definitely formulaic, but it is so heartwarming and I’m so excited it just got picked up for season three. JAZZ IN THE GARDEN /

One of my favorite DC summer traditions is jazz in the garden. Held each Friday in the Sculpture Garen at the National Gallery of Art, the event organizers bring in a jazz band each week who provide a free concert. You can sit around the big fountain or bring a picnic blanket and snacks and buy beer and the best red sangria on site. It’s such a relaxing way for people of all ages to wind down after another busy Washington week.

I went to my first one of the season a few weeks ago with my sister, Jennifer, and my cousin, Kara Marie. They found us a great shady spot in the grass right near a sangria bar—it was a great vantage point for people watching! If you’re visiting Washington for a weekend and looking for a fun way to spend your Friday night, I can’t recommend it enough! I’m hoping to make it to another one before summer is over.

I am probably the last person in the world to find out about this SNL skit, but my sister showed it to me recently and it is hysterically accurate—you can watch it here. It’s a rap all about what happens when daughters return to their parents’ for the holidays. I’ve watched it so many times because it’s just so good.