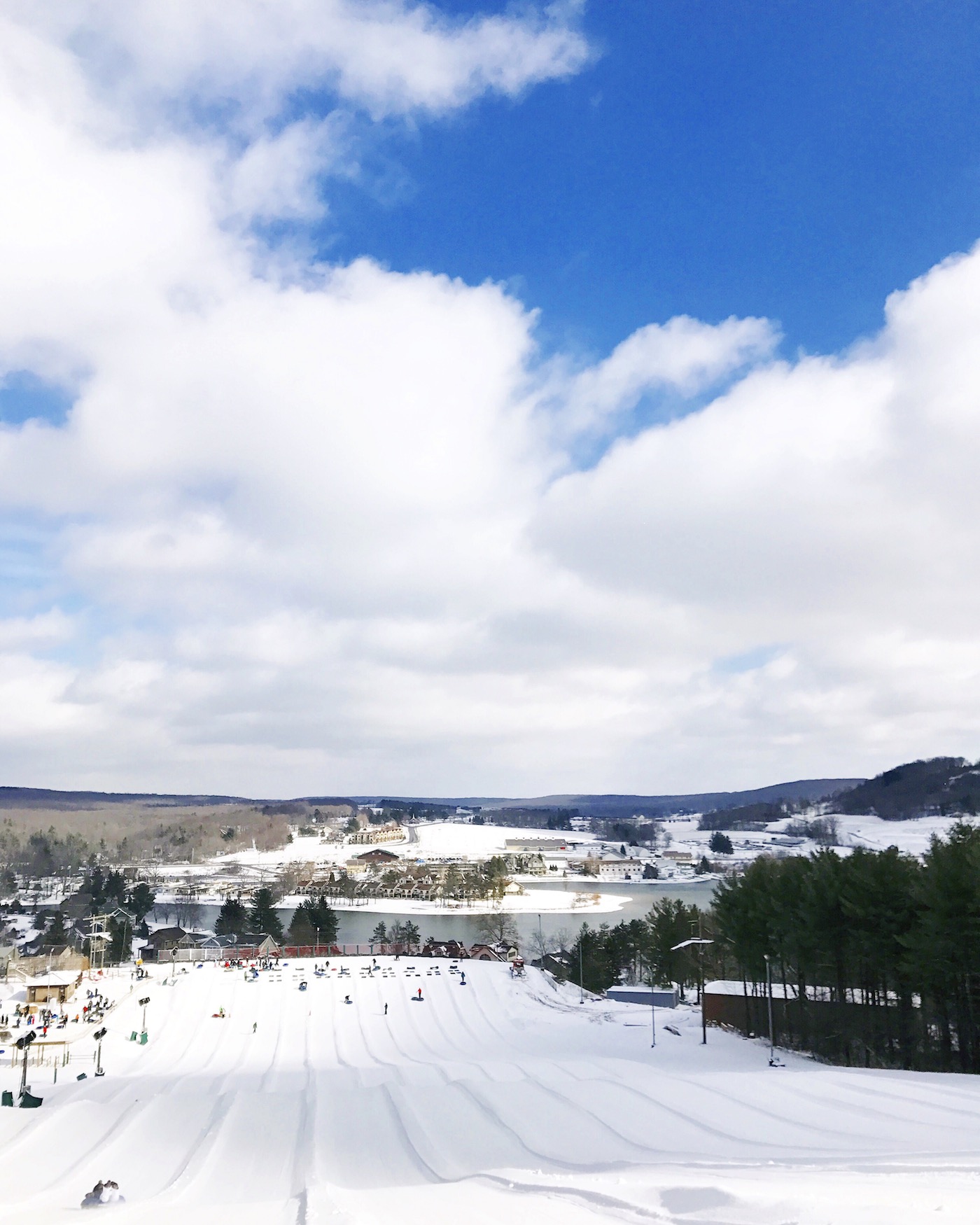 Now that we’re a month in to the New Year, I thought it’d be fun to check in with a life lately post. Sidenote—how is tomorrow already February?! (Aka, the end of Dry January—woot!)

My week has been a pretty standard, uneventful week—I’m hitting up exercise classes every night after work and then going to Chase Rice with my sister and cousin on Friday. If you’re into country music and looking for an up-and-coming artist to support, I’m obsessed with Chase’s music, especially Eyes on You and One Love, One Kiss, One Drink, One Song. I’d describe his music as Sam Hunt, but with less rapping. If you’re in the DC area, there are still tickets left if you’re interested!

My coworker chatted our group yesterday to point out that the days were getting longer again, something that I am so grateful for. I’ve been feeling kind of mentally blah the past couple of weeks and I think it’s partially because I’m not really outside when it’s daylight! I’m really hoping the groundhog predicts an early spring.

While I’ve enjoyed spending the entirety of January at home here in Arlington, it should come as no surprise that I’ve got some fun trips coming up on my calendar. Weekend after next, my coworkers and I are headed to Wisp Resort on Deep Creek Lake in Maryland for our second-annual ski trip. We rent a big chalet—the kind that sleeps 20+ people with an indoor pool—and spend the weekend lounging around and hitting the mountain. I’m not a skier, but last year, we went snow tubing and it was so much fun, so I definitely want to do that again this year. I didn’t recap my trip on the blog last year, but I’ll be sure to share a little recap this year in case you’re also in the DC area and looking for an easy winter weekend escape.

Later this month, I’m heading to The Greenbrier in West Virginia with my sister. We’re excited to explore “America’s Resort” and stay at this classic institution. I’ve been taking the time to read up on its storied history—including its stint as a hospital during WWII and, of course, its famed bunker—which is only increasing my excitement for the trip. We’ll also be checking out the resort’s wintertime activities, and I can’t wait to report back. It’s a short four-hour drive from DC, so it’ll make for the perfect weekend trip. If you want a sneak peek, Monica wrote a great recap on her recent stay at The Greenbrier here.

In March, I’ve got a fun girls’ weekend in NYC booked to hang with my friend Emma. I did make it to NYC once last year, but since I was in town for Create + Cultivate, I wasn’t able to spend as much time with her as I would have liked. I had some airline miles that were expiring in April, so I decided to YOLO it and book a roundtrip flight to NYC. I usually take the train, so this a bit extra, but you can’t beat free!

Later that month, I’m heading to New Orleans with my sister, my best friend, and her sister. I went two years ago, but am excited to get back and explore even more of the Crescent City, and hopefully, learn even more about the history of NOLA. We’re there for five days, so we have a lot of time to soak in the culture, take advantage of the no open container laws, eat some amazing jambayla, and listen to some great jazz music.

To round out the current travel agenda, in early April, I’m headed to Clemson for a weekend to visit my youngest sister and see what her college town is all about. I’m so looking forward to that trip, and hope we can make it to Greenville for a meal, too, since I’ve heard such great things.

If you have recommendations for any of these places—please send them my way! DO YOU ALLOW YOURSELF TO GET BORED?

A couple of weekends ago, I watched the Ted Talk that Jess recently recommended: how boredom can lead to your most brilliant ideas. If you haven’t seen it before, definitely add it to your list of things to watch because I think no matter who you are, as long as you own a smartphone, you can get something out of Manoush Zomorodi’s talk.

To give you a quick summary, when you’re bored, your body goes on autopilot, which allows your brain to focus on other things rather than be used as a decision-maker. As such, you often come to great ideas or find yourself able to creatively solve a problem when you’re spaced out. Of course, in today’s culture, we often fill our time on our smartphones, which takes away from the time when we could be bored and thinking up our next big ideas.

After listening to this talk, I thought about how everything she was arguing was so true to my own experience. For instance, over my winter break—the staycation I took the week between Christmas and New Year’s Eve—I had so many good blog post ideas come to me. But after a few weeks back at work, I was having a hard time coming up with new ideas for content. (Which, admittedly, is one of the reasons you’re getting a life lately post today.) Over my break, I was doing really mundane tasks—meal prepping, doing laundry, cleaning my apartment, running errands—and had removed a lot of the decisions from my daily life that work brings. As such, I had all these creative thoughts come my way relatively easily—simply because I let myself get a little bored.

We live in a culture where it’s almost a bad thing to be bored, but listening to this podcast made me want to embrace the art of doing nothing from time to time.

As I’ve mentioned before, I saw The Greatest Showman in theaters and, like many, instantly became obsessed with the soundtrack. The second I got home from the movie, I added every single song from the movie onto my Spotify Playlist—it was that good. So, needless to say, when my spin instructor included a couple of songs from the soundtrack in last night’s class, I was stoked.

If you’re in need of new music, definitely check out The Greatest Showman. Of course, the songs will make more sense if you’ve seen the movie, but several could easily stand alone. My favorites are This Is Me, From Now On, Never Enough, Rewrite the Stars, The Greatest Show, and The Other Side. Everyone can SING! I REGISTERED FOR MY FIVE-YEAR COLLEGE REUNION

Eek—you guys, I can’t believe it! In May, I will have been out of college for five years—five years! Sometimes I feel like I went to sleep one night and woke up in 2018, other times, I feel like 2013 was a lifetime ago.

UVA hosts five-year class reunions, and my first one is this June! I registered earlier this week, and am so excited for this fun weekend back in one of my favorite places. It’s hosted from Friday to Sunday, and I took the Friday off work so I could head down to Charlottesville that morning to take advantage of all the fun offerings on the schedule. I think what I am most looking forward to is having all of my college friends back in one place, and enjoying that magical feeling you get when you walk into your favorite bar on the Corner and it’s filled with familiar faces!

Hotels for this weekend are hard to come by, and I luckily had the foresight to book one on the Corner the day it became available last summer. It’ll be nice to be in such a central location and I’m excited to share this experience with some of my best college gals.

That’s a look at what’s been going on in my life lately—I’d love to know what you’ve been up to! x 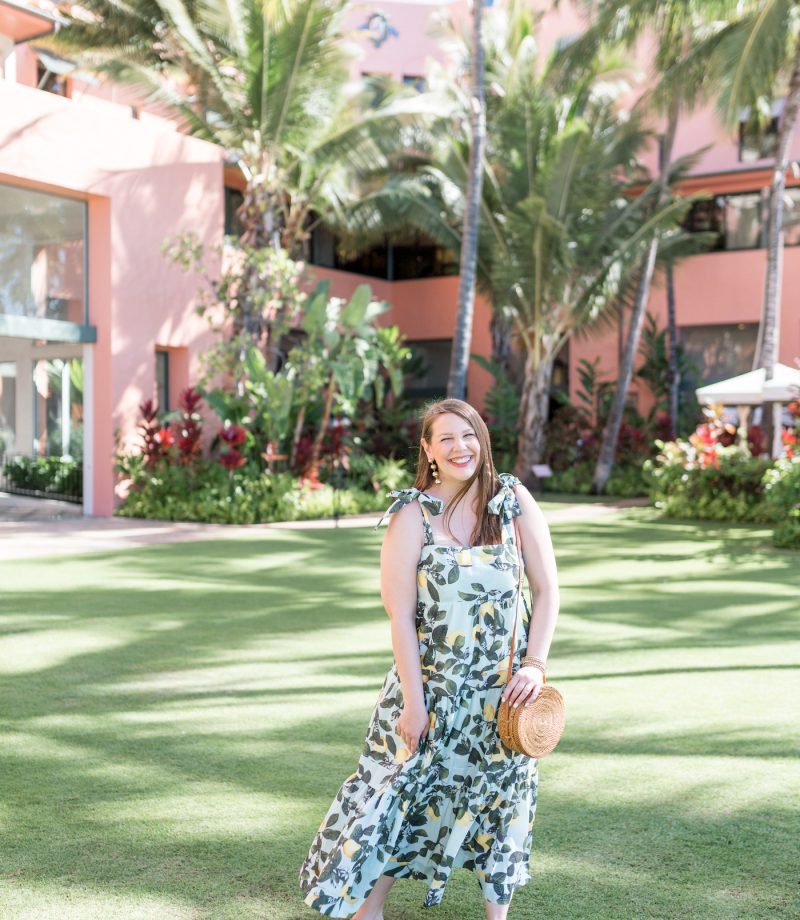