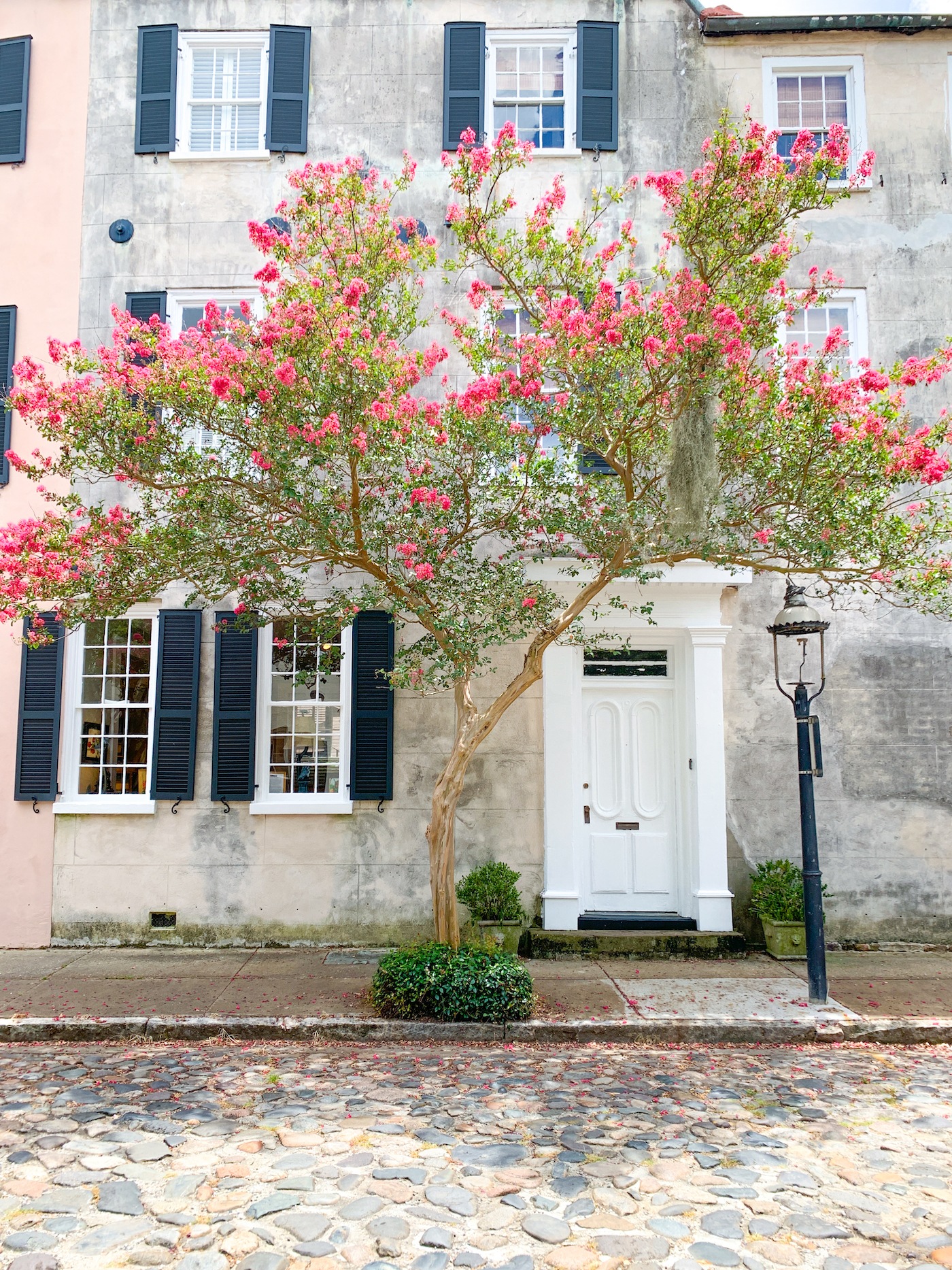 Hey y’all! I can’t believe it’s August. March, April, and much of May felt like a drag, but since then, I feel like time has been passing a little more quickly. Nothing too crazy to report on my end; I pretty much work from home, take a nice long walk, watch Friday Night Lights, read, rinse, repeat. We’re finally starting to get back to more of a “business as usual” environment at work, so I’ve been super busy planning out what our fall and holiday season will look like. It’s been fun to work on some projects we had to put on pause back in March when the pandemic initially shut everything down. We’re working from home through the end of the year, and I am crossing my fingers we’ll be able to get back into the office in some capacity in 2021. I’m trying not to have too many high expectations though, because that’s how I’ve gotten hurt by this whole situation in the past (remember how naive we were at the beginning? I told my coworkers I’d see them in April. I’d laugh, but then I might cry!)—and I wrote a little bit more about how I’m feeling in this Instagram post.

Now that I’m working from home, or living at work as some would say, I’ve also been having a harder time gearing up to work on my blog after I finish my day job since there’s no physical separation of space. Lately, at night, I’d rather just lay on my couch, play on my phone, and watch TV—not continue to sit with a laptop in my lap. (I wrote a little bit more about this feeling in this Instagram post.) So thanks for hanging with me and my very irregular posting schedule—but I’d rather pop in when I actually have something to say!

It’s been a hot second, so I thought I’d share a little bit about what’s going on in my life lately.

Ok, I know the Nordstrom Anniversary Sale is a very polarizing event—this year especially. In the past, I’ve done full blogposts dedicated to the sale. And even though I have a relatively small following, because of those posts, have made close to $1,000 some years on the sale, which is even more than I’ve made every holiday season barring one. (I make money via affiliate links. If you click on an affiliate link of mine and purchase an item from that retailer—it doesn’t have to be the item I linked, I make a small commission off the sale. Nordstrom has traditionally had higher commissions than other retailers, which is part of the reason why they’re an influencer fave.) So I can only imagine if you’re doing this full time, the sale can be extremely lucrative, and I don’t think you can fault someone for earning an honest paycheck.

I’ve been a Nordstrom credit cardholder for 5+ years and the main reason I got the card was to shop the sale early. While a lot of people point out the sale was better a while back when they didn’t produce items specifically for the sale, over the years, I’ve actually purchased a lot of items that have become staples in my wardrobe and have held up well. But I think what can be annoying about the sale is that it creates a scarcity mindset since things sell out fast—and the truth is, even if you don’t grab something during the sale you’re interested in, you can find it a few months later on the website after people make returns or something similar when fall actually rolls around. Very candidly, I probably won’t shop the sale this year as I’m moving at the end of September and would rather save my money for movers, new apartment decor, etc. And also very candidly, my work from home wardrobe is very casual, so I don’t need that much in terms of clothing these days, hah!

That being said, I did want to share a few of my favorite things or purchases from past sales. These are things I use all the time and would happily pay full price for.

And, if I was going to buy anything new, I’d grab these adidas Swift Run Sneakers in the cheetah print. Get details on when you can shop the sale here—it opens to the public on August 19. 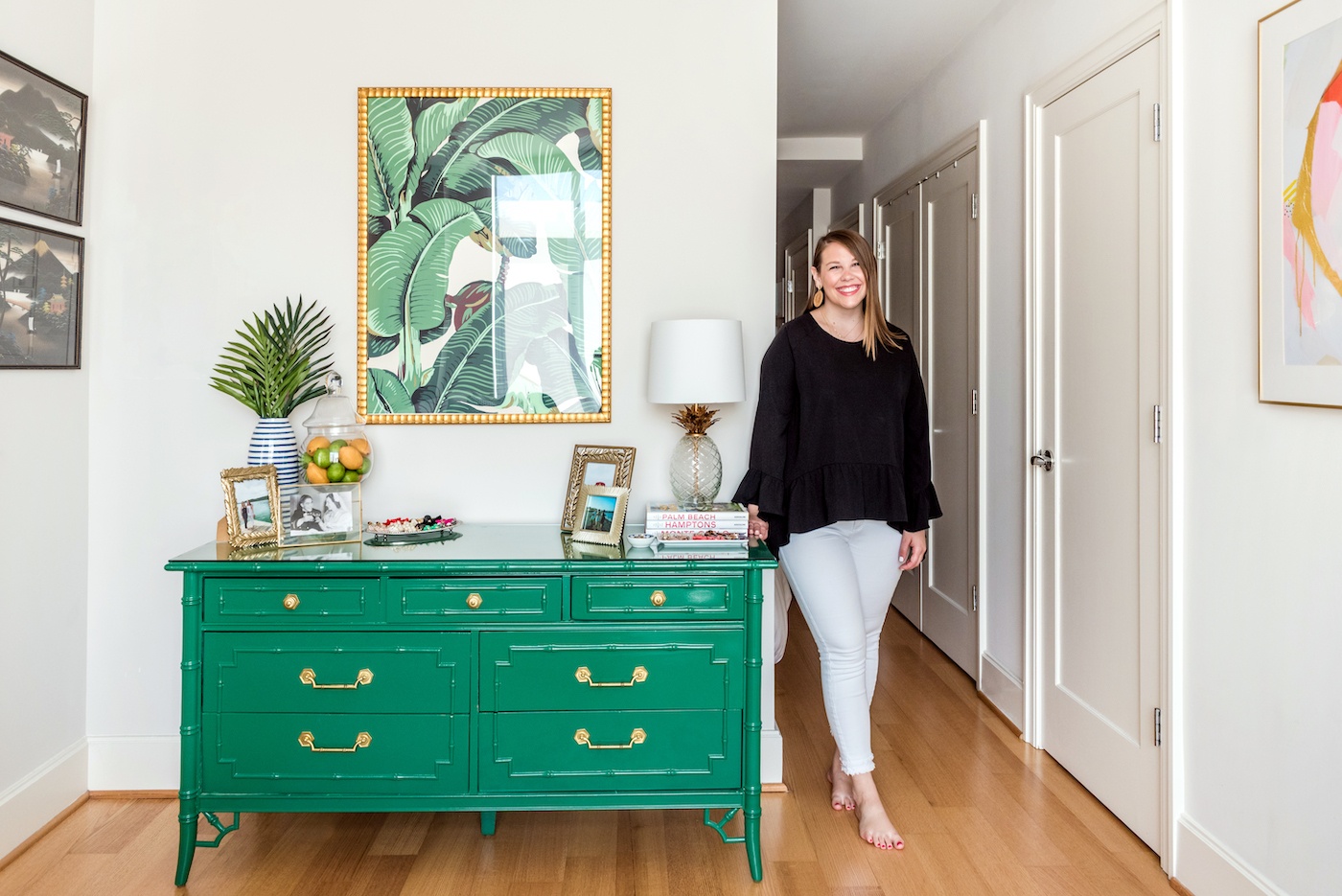 MOVING BACK TO ARLINGTON /

I know I’ve touched on this a few times lately here on the blog, but I did decide to move back to Arlington when my lease is up towards the end of September. It is definitely bittersweet as I absolutely love Dupont Circle, but once it became evident we’ll be working from home until the end of the year, it tipped the scales. I would love space for a kitchen table and/or a desk so I have some other places to work and eat besides my couch. When we were in pre-COVID times, I was rarely home and the small space and limited seating didn’t really matter, but my needs have changed and I’m excited for somewhere new. I’m especially excited to decorate! I haven’t signed a lease on a new space, but am hoping to do some self-guided tours this weekend and have a decision made soon.

I definitely could have found a unit with more space in DC, but I think I can get a little more bang for my buck across the river, with the added bonus of being neighbors with my sister and cousin. We’ve been spending a lot more time together the past few months, and it will be nice to shorten the commute time. And, whenever we do go back to work, I’ll be a few Metro stops closer.

Once I’m back in Virginia and settled into my new space, I’d also love to get a car again. I feel like this is another inevitability that COVID-19 just sped up—I wasn’t ever going to make DC my permanent home, I would eventually get a car again one day. I just miss the freedom a car provides, especially given all the risks associated with Metro and public transit as a result of the virus. I’m going to get settled in my new place first and then hopefully take advantage of some holiday sales. I’m really interested in some sort of small crossover—think a Mazda CX5, Honda CRV or HRV, or Toyota Rav-4.

My best friend and I have been sending each other TikToks of people who have given up their traditional leases and are renting Airbnbs around the country to take advantage of the flexibility of working from home. I thought about doing something similar, but truthfully, I feel like I’ve lost so much of my routine this year that I really do crave that stability, and having a standard lease in “my” town offers that. So, as fun as a nomadic lifestyle might be, I don’t think you’ll see me criss-crossing the country like that anytime soon—but I think it’s so cool that people who have that flexibility are finding their own ways to seize this unique time! 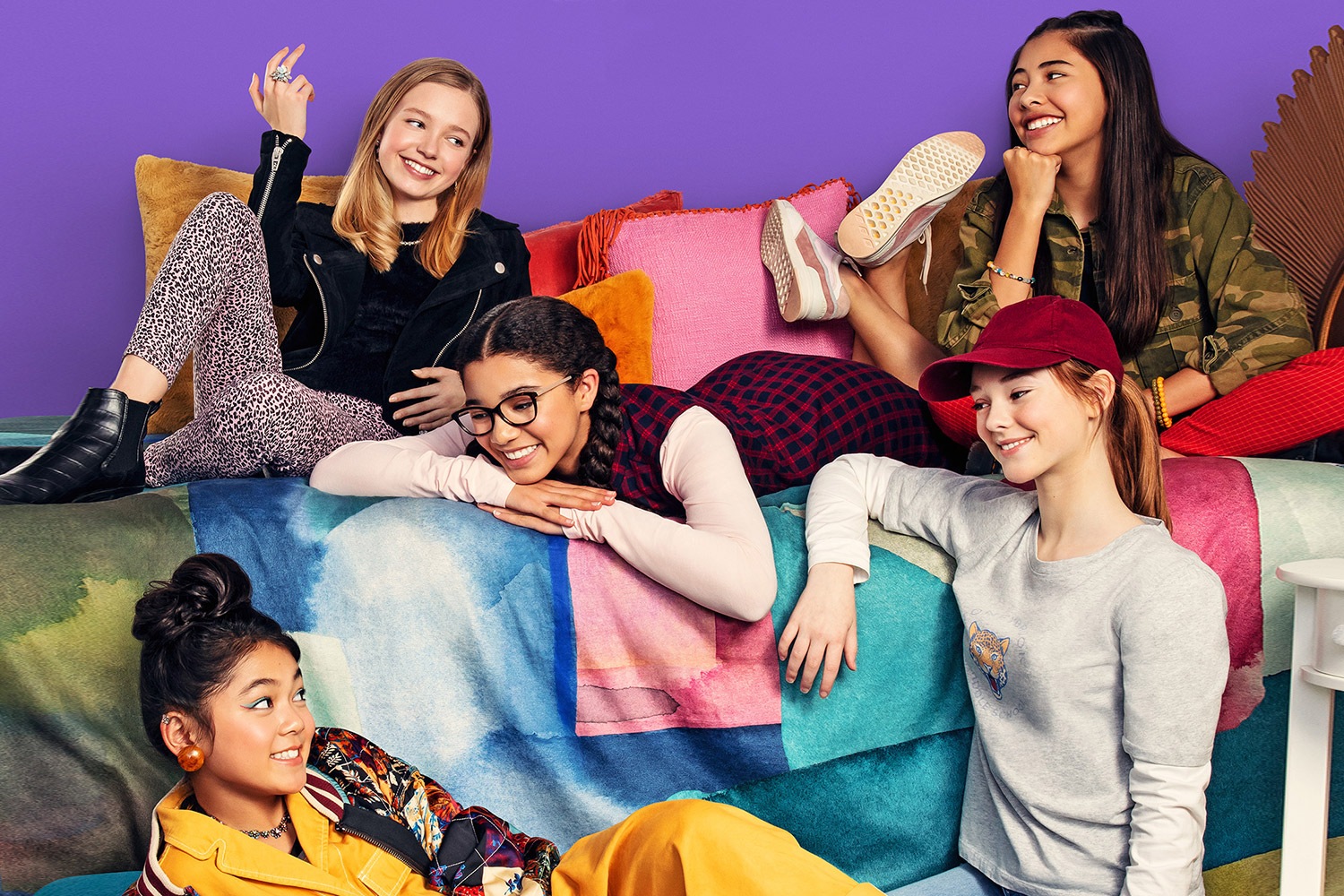 The Babysitters Club is one of the series I credit to turning me into a life-long reader. I couldn’t get enough of them as an elementary schooler, and I remember on weekends, my dad would take me to used bookstores so I could stock up on them for cheap. I watched the movie and TV show based on the books that came out in the 90s, but I was really excited when Netflix announced a reboot since it could introduce a whole new generation to one of the best clubs I always felt like I was apart of.

If you haven’t watched it yet, I seriously can’t recommend it enough! Even if you didn’t read the books, I think you still would find it to be an enjoyable watch. They’ve tweaked it some to fit a more modern audience—increasing the diversity of the cast and tackling some important social issues head-on—but it really stays true to the books, with the episodes following the plot lines of the first eight books and the BSC Super Special, Babysitters Summer Vacation. While Claudia wasn’t the club member I related to as a kid, the actress who portrays here in the Netflix reboot is so talented and whoever did her wardrobe did such a good job. 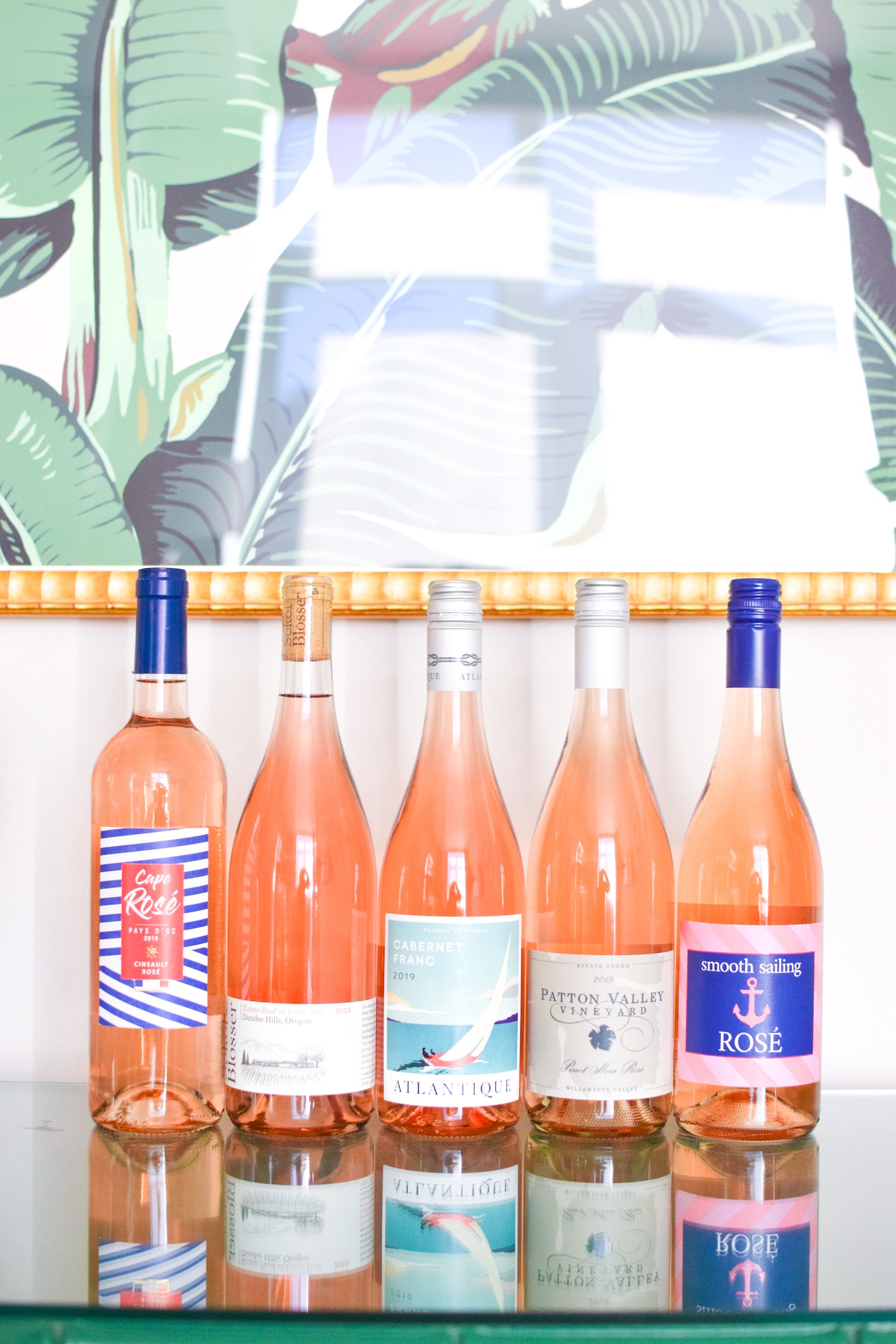 Anyone else just feel like they need a reset? I definitely had my fair share of wine during the height of the lockdown and then once things opened again, really enjoyed drinking on socially distanced patios. I hit a place last week where I just felt ready to tighten things up in the wine department, and decided August was as good a month as any.

Usually when I go all in on these types of extreme restrictions, if I fall off the wagon, I give up entirely instead of just getting back to it the next day. So I decided I’d give myself three free “passes” where I could enjoy a drink or two with friends this month if it was a special enough occasion to warrant it. For instance, next week, I’m grabbing drinks with two of my old coworkers and it is  something I am SO looking forward to, so I’ll use one of my “passes” for that. I’m hoping this gives me more incentive to actually stick with it and not feel like one cheat day ruins the whole thing.

That’s a look at my life lately! I hope you all are staying safe and sane! x