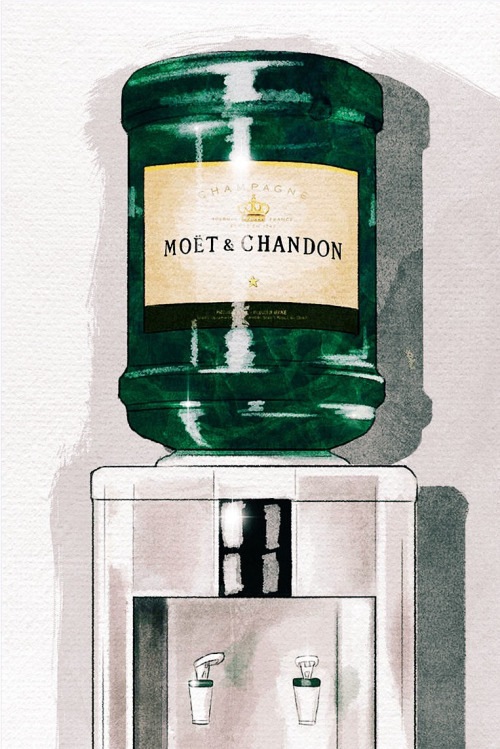 If only Sheryl Sandberg was here to give a guest post on this one, y’all, because today I want to talk about crying at work.

The idea for this post came about three weeks ago when—you guessed it—I cried at work. I was sleep deprived, it was right before lunch so my blood sugar was low, and I was on the tenth version of a project that had no clear end in site, yet the deadline was just hours away. My coworker was giving feedback like normal—but I could tell frustrations were high and the edits were not being clearly explained. Then I misinterpreted criticism of the print piece at hand as a personal attack, and I lost my sh!t. Like, excuse-myself-from-the-meeting-and-go-ugly-cry-in-the-bathroom lost my sh!t.

Luckily, only my two coworkers in the meeting saw my meltdown, though it was still embarrassing none-the-less. And it got me thinking: is it ok to cry at work? (Spoiler alert: I don’t have a clear answer.)

The aforementioned scenario was not the first time I have cried at work. At my first internship, I was 19 years old and found myself in a Devil Wears Prada situation. I was working for an e-commerce start up, and that meant the work was piled high and we were understaffed. There were definitely unrealistic expectations about what we could accomplish in an eight-hour workday, so even though I was working harder than I ever had in my life, I was still spoken to often like I was constantly failing. My first big assignment on the job was taking over all the shipping from the Memorial Day Sale. We were primarily selling swimsuits, so as you can imagine, the volume of packages to ship was huge. And in order to get everything to customers on-time, we had to meet a 5pm shipping deadline. My coworker who usually managed this process left town for the holiday weekend, and so I, the intern, was left in charge of this large, important endeavor.

While I met my shipping deadline and left Friday evening feeling elated that I had conquered the task at hand, things went south very quickly on Tuesday morning. In my haste, I had accidentally shipped some of our packages to the billing address and not the shipping address. This made for some pretty angry customers, and a very angry boss. Over the next few hours, we discovered a few more errors, which only made matters worse. Yet, that day’s shipping had to continue, and now my confidence was down and my boss didn’t trust me. We were packaging up the orders as she continued to say disparaging things to me, and I started sobbing. Sobbing.

My coworker who had been on vacation was much more understanding and felt guilty for leaving me with such a large task. Later that night, as I was leaving work, defeated, she stopped me in the parking lot to tell me that in that scenario at work, it was only natural to cry since our boss had been so cruel. She told me that it was good for our boss to see the effect her words had on other people, and that I shouldn’t feel guilty about crying at work that day.

I managed to get through my subsequent two summers of internships without a single tear, and made it through nearly two years of work at my current job before another crying incident. Early last summer, I was not really in the best emotional space in my personal life, and had started to feel the stress of working and going to grad school at the same time. There were several weeks when work and school functions overlapped, and I chose school more often than not. I personally was feeling guilty about my decision, and knew in my heart of hearts I wasn’t giving 100% at work—mostly because I don’t think I had 100% to give at that time.

My boss and I were having a private meeting in a breakout room at work, and she said something that made me realize she too had picked up on my recent struggles. Already feeling defeated, I started to cry, but was able to rapidly pull myself back together and apologize for the tears. My boss is really empathetic, and told me she would rather me be in tears crying over work because it shows that I care so much than to be a robot who doesn’t care at all.

Despite these examples above, I don’t consider myself an overly emotional person. Sure, I cry at videos of soldiers coming home to surprise their families, but a rude email or general stress in the workplace don’t usually set off the waterworks for me. I definitely think it would not be okay to cry at work everyday or even fairly regularly, but I think sometimes you just cant help but to cry—it is a natural way to relieve stress—and I’ve been lucky that every time I have cried at work, the people around me are very understanding and supportive.

I think one of the reasons there still is a taboo around crying at work is that showing that much emotion can be coded as weak in our society, and as women, we are already perceived as weaker than men by some, so you could argue crying further eliminates some of women’s power and agency in the workplace. Additionally, I’d argue women are more likely to cry at work than men, so that adds another layer of complexity when considering tears.

But enough of my thoughts—I’d love to know if you think it’s okay to cry at work and if you’ve ever cried while on the clock?