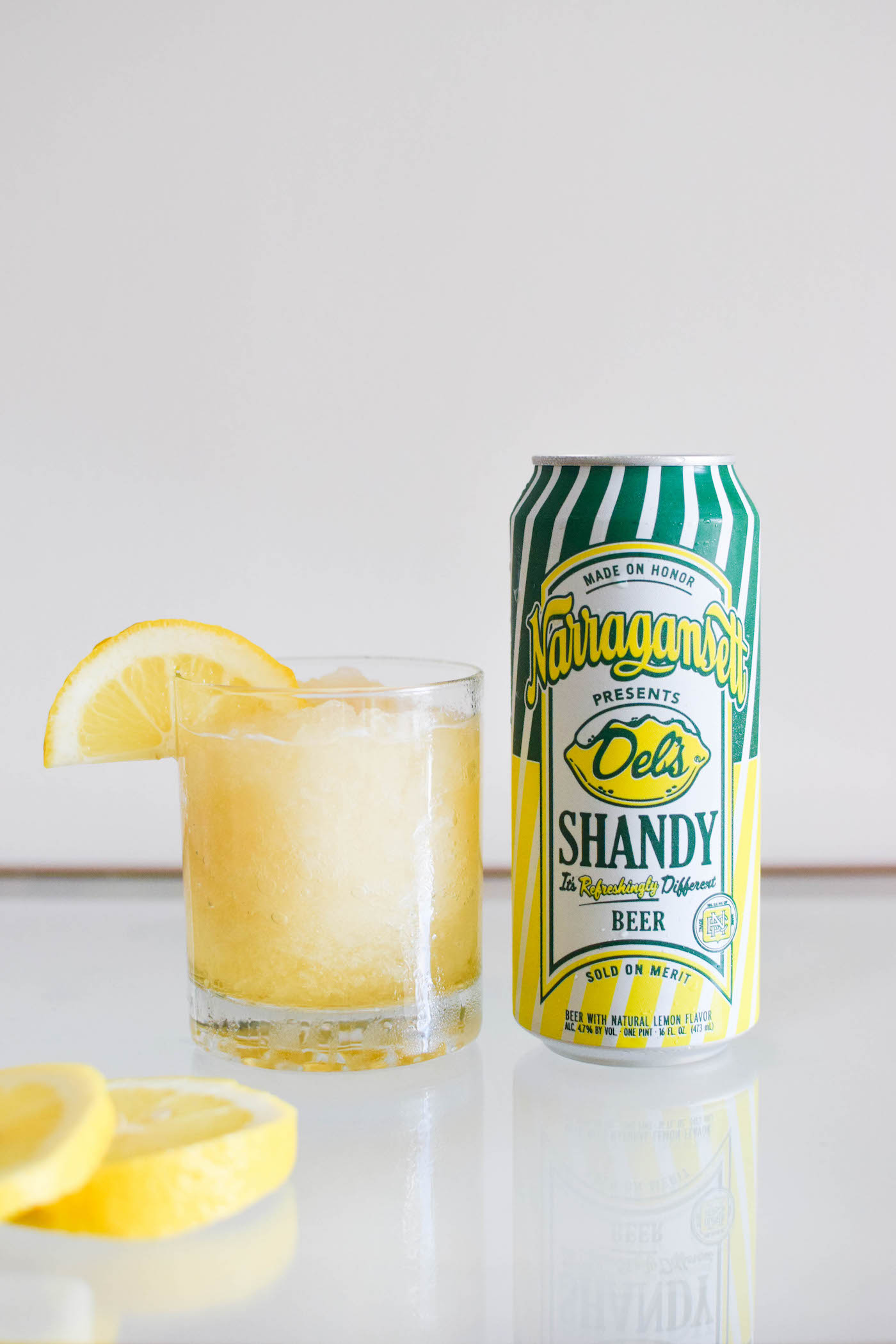 Happy Saturday! I wanted to pop in with a rare weekend post to share the delicious Del’s Shandy Frozen Cocktail I’ve been loving this summer. If you’ve been to the Salt Line in DC, this is the same frozen cocktail they serve—their beverage director, Donato Alvarez, created it! It would be the perfect drink for Labor Day Weekend, so I wanted to share this weekend so you’d have time to purchase supplies ahead of any farewell to summer festivities.

Both companies have really interesting histories. Dating back to 1840 in Naples, Italy, Del’s Frozen Lemonade began when great-grandfather Delucia carried snow into nearby caves and combining it with sugar and fresh lemon juice for a delicious drink. A century later, Delucia’s great-grandson, Angelo, brought the recipe to Cranston, Rhode Island, where locals first got a taste of the now-beloved summer beverage. In New England today, Del’s Frozen Lemonade is a summertime staple and available in several varieties. Narragansett beer has been brewed since 1890, and is produced today in Pawtucket, Rhode Island and Rochester, New York. It’s one of America’s top 50 regional breweries and the fastest-growing in the Northeast. Narragansett’s Del’s Shandy is made with all-natural lemon concentrate, Narragansett’s award-winning lager, and a touch of sugar. It pairs really well with summer dishes, like grilled chicken, shellfish, and white fish, like cod or halibut. 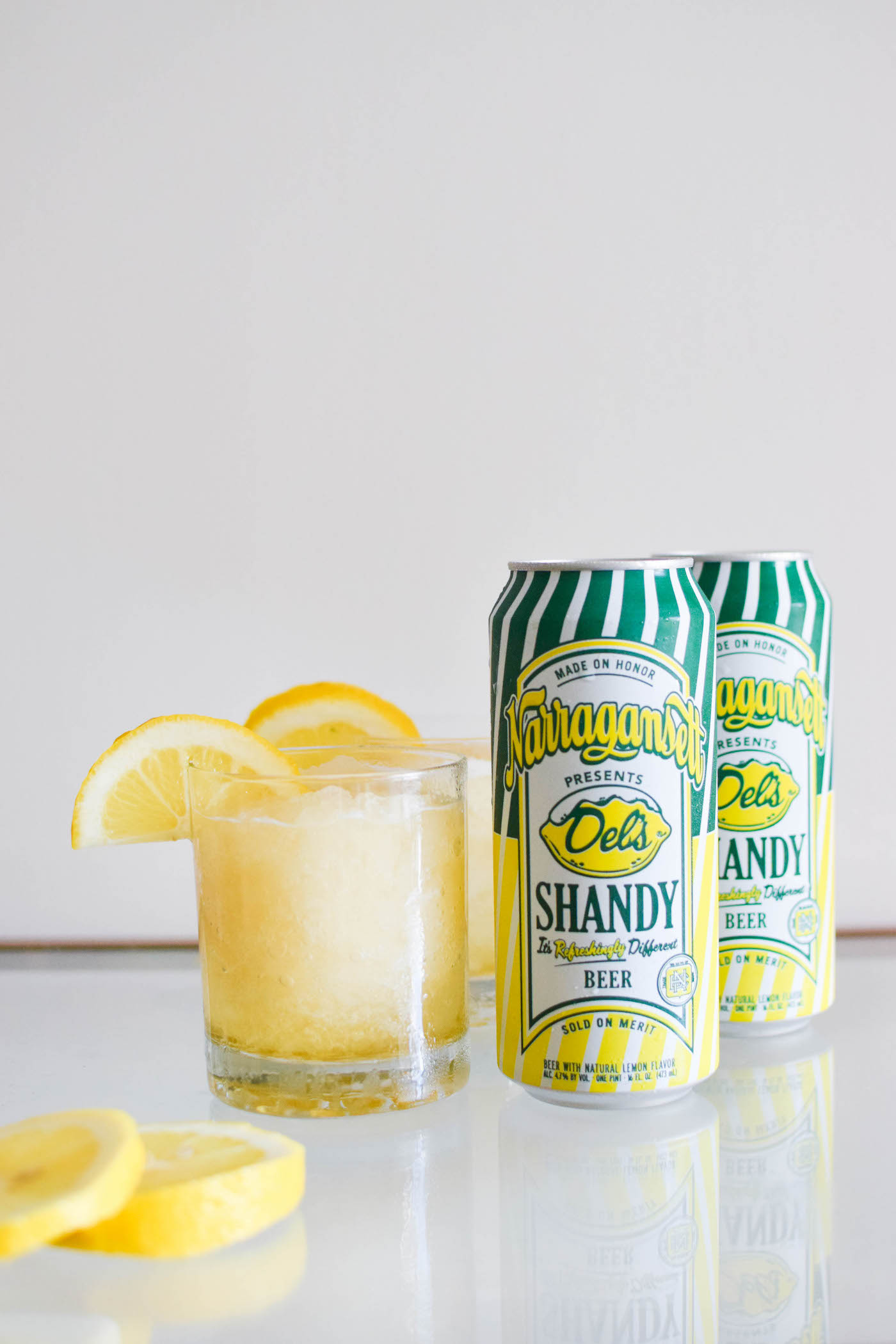 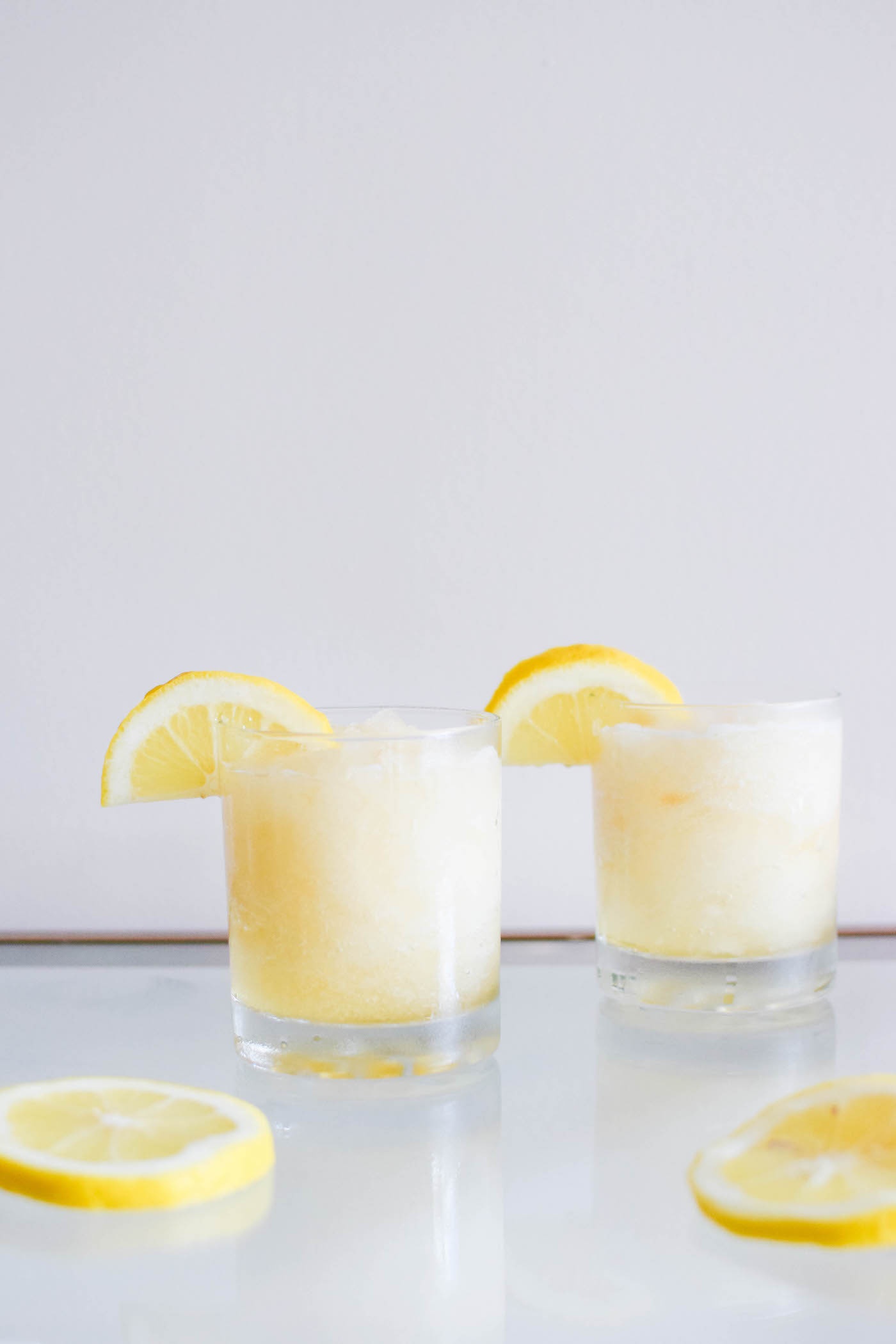 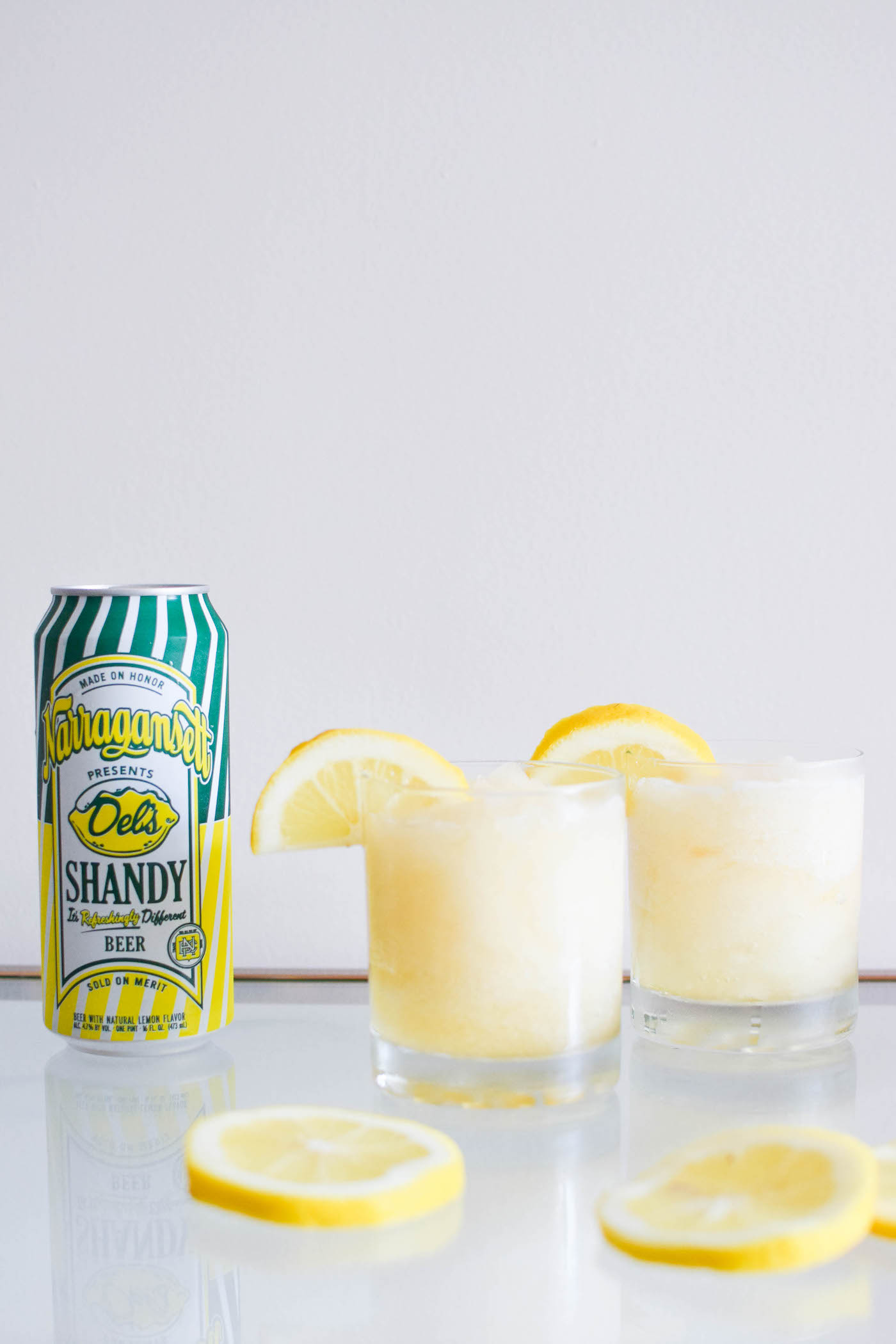 Making these Del’s Shandy Frozen Cocktails is super easy. Here’s what you need to make two:

Then, put all ingredients in a blender with ice and blend until smooth. If desired, top with Cherry Liqueur and garnish with fresh lemon. Cheers! 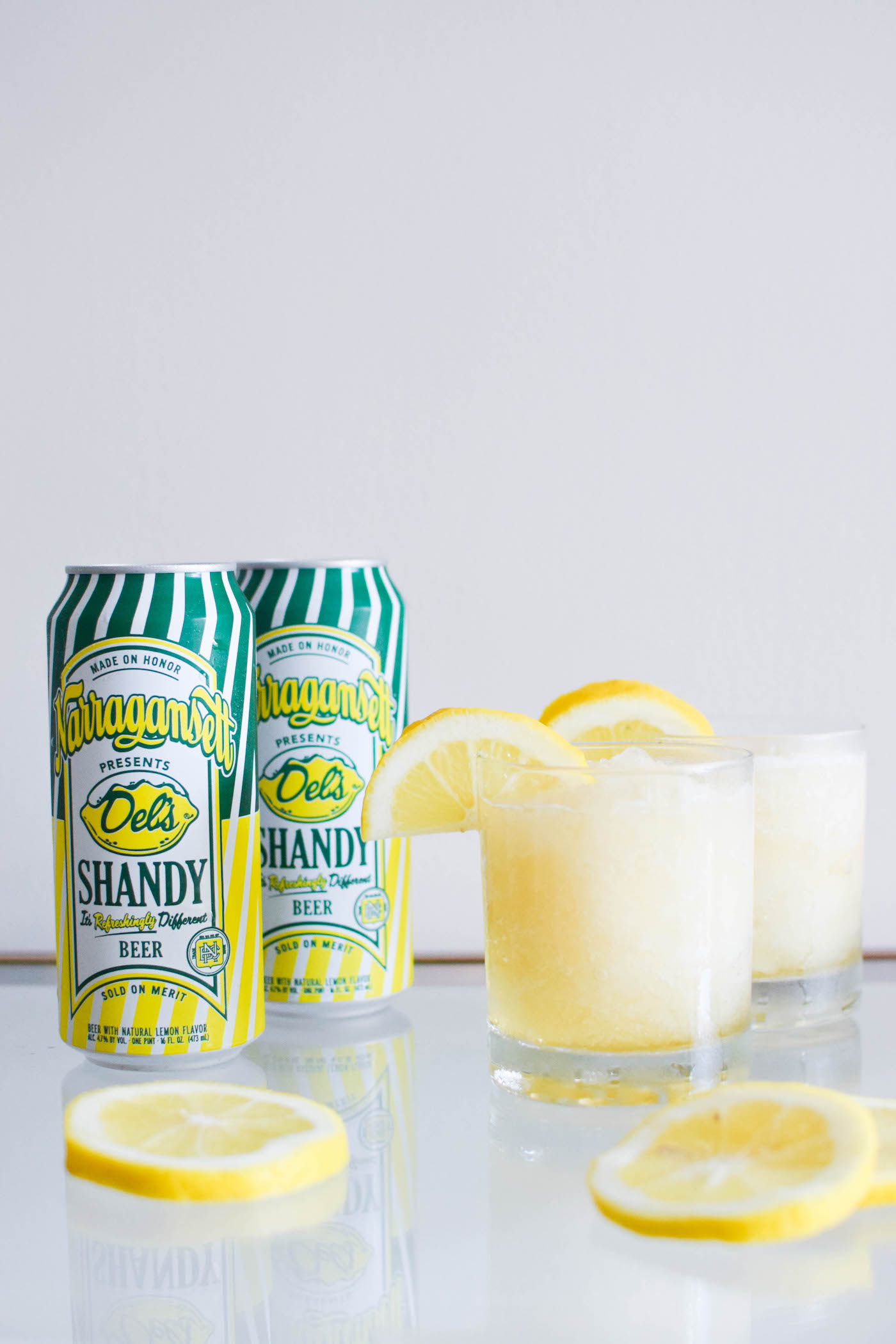 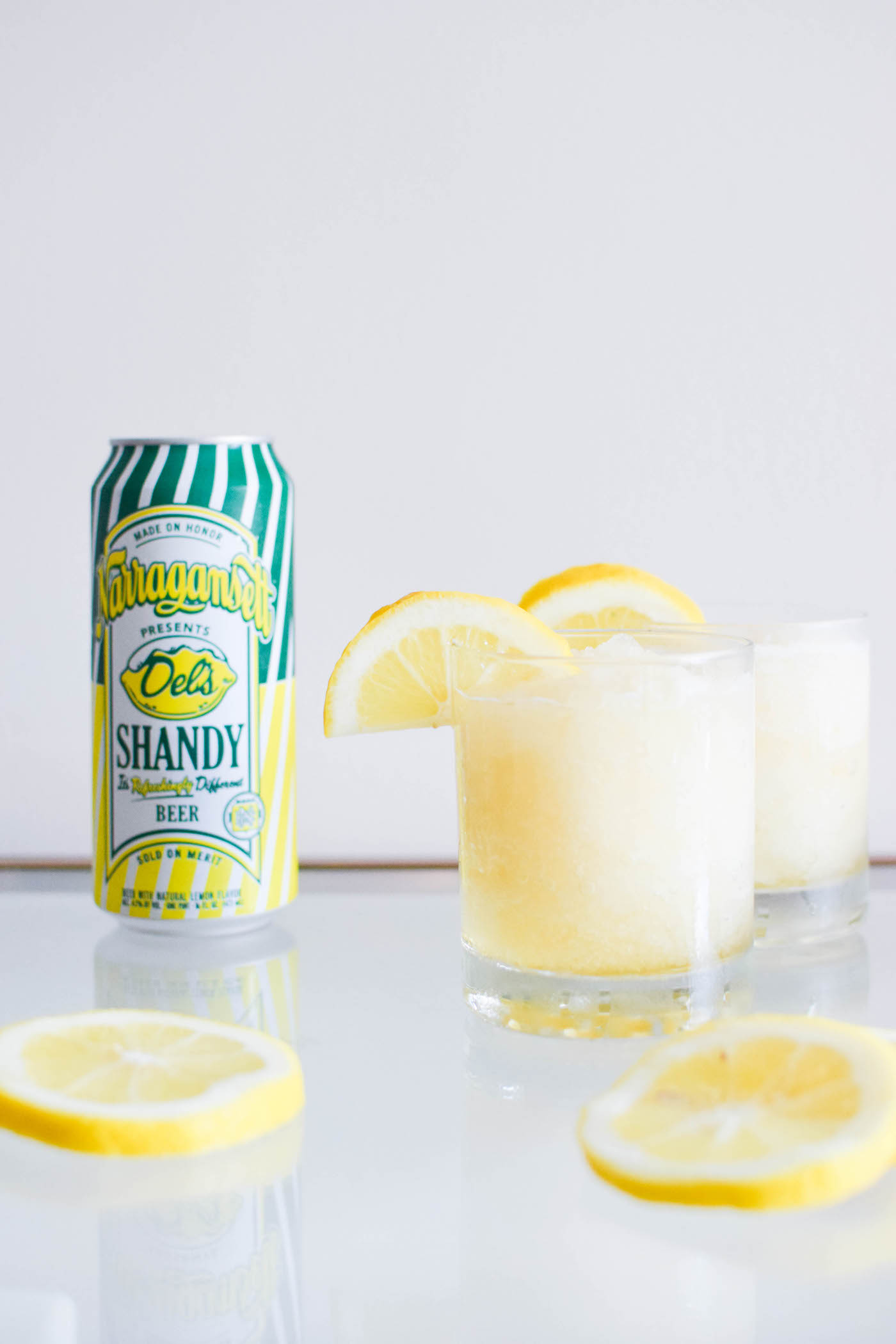 Thank you to Narragansett Beer for sending me a six-pack of their Dels Shandy! I was not under any obligation to post about their delicious lemon shandy, and this post is not sponsored—I just wanted to share since it’s become a staple of my summer. 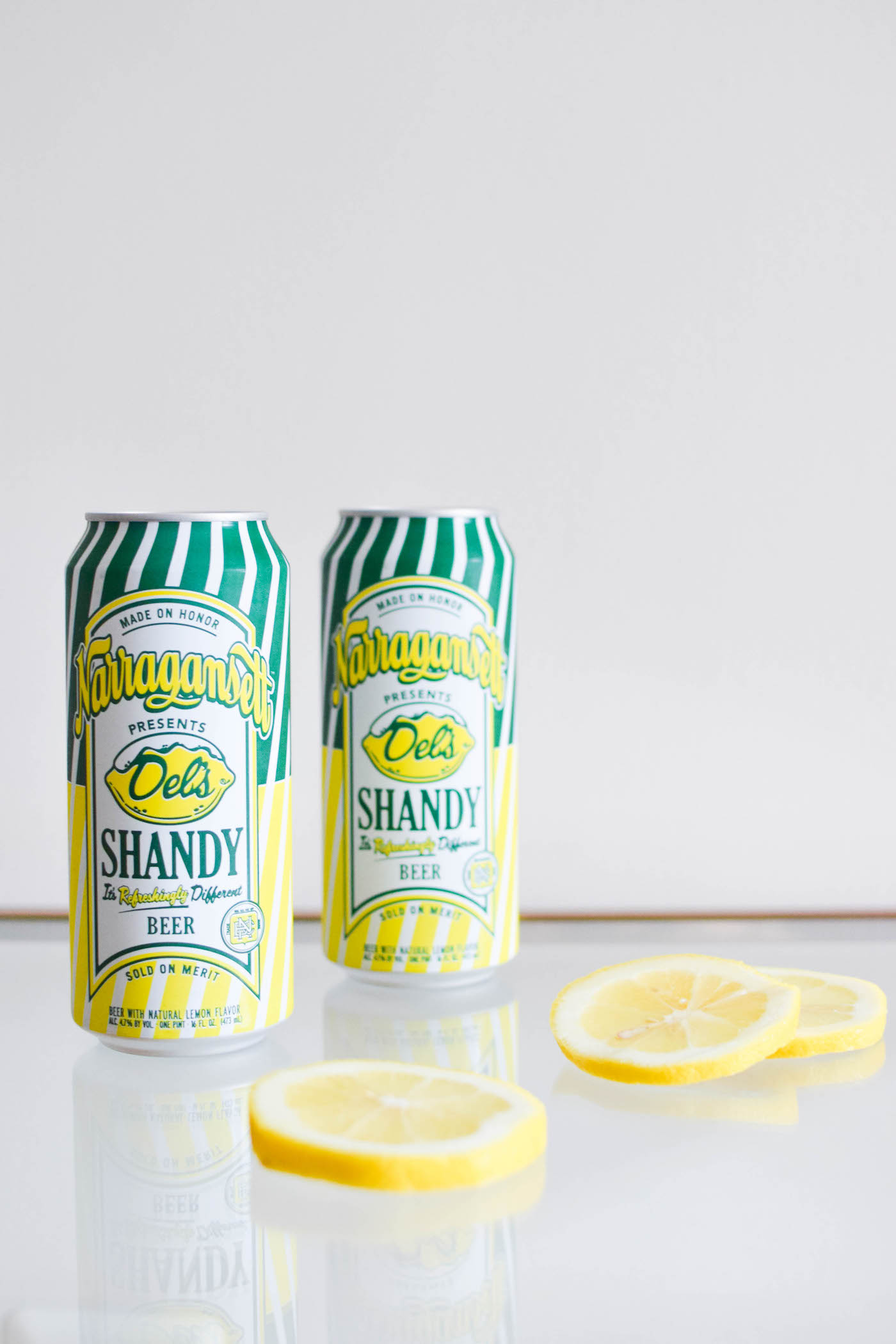