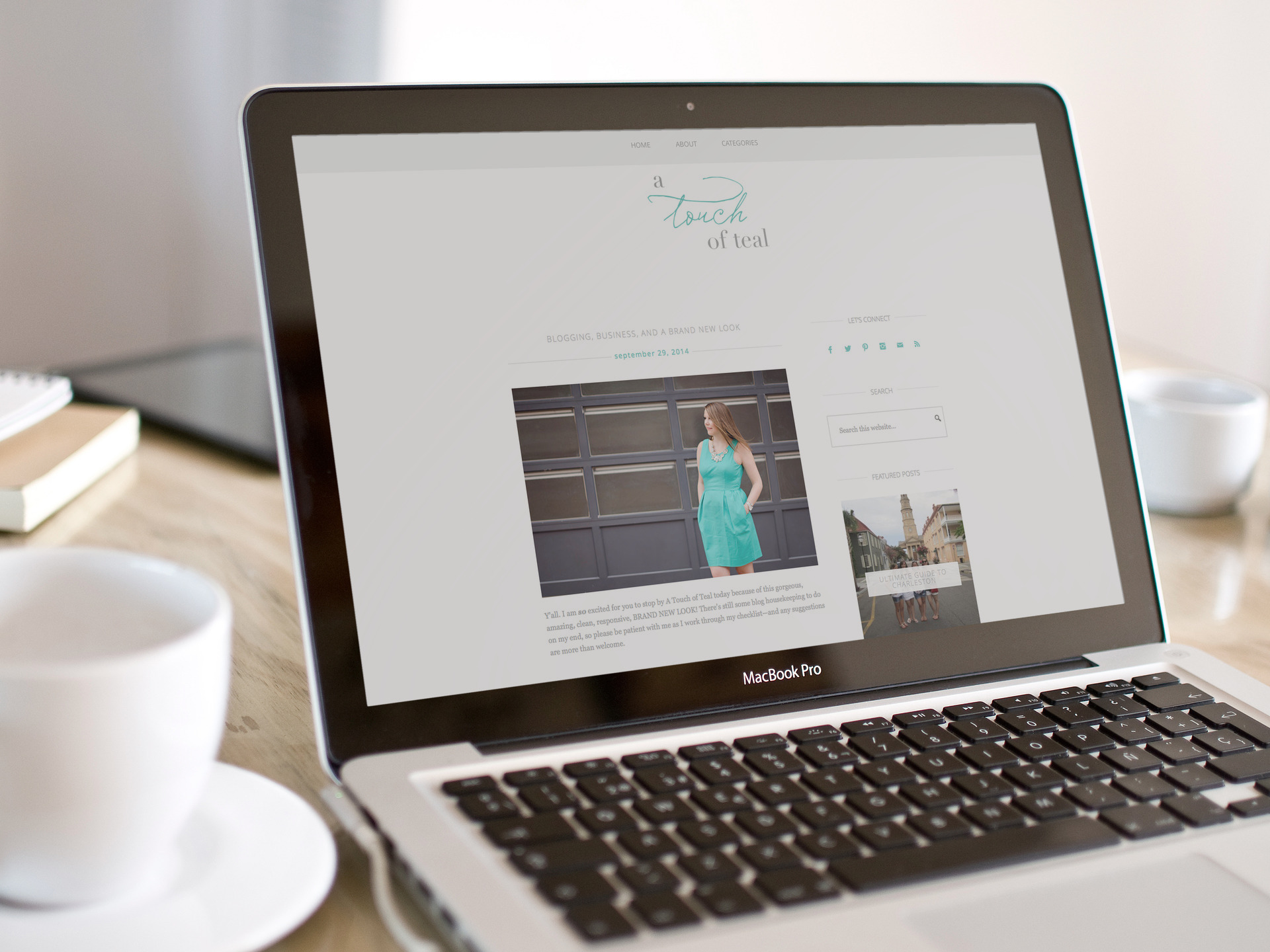 When I began the process for setting up version one of my blog, I didn’t really give much thought to what platform I would begin on. I had used blogger before, and only had limited WordPress (.com) experience from school. Blogger somehow seemed less scary since I was more familiar with it, and so I made my choice with very little research.

Then I set out to design my blog, determined to not make it look like a typical (terrible) Blogger blog. To do so, I followed instructions to completely customize my design from the A Beautiful Mess e-course, Blog (Design) Love.

Essentially, the class taught me how to design all the buttons, headers, and sidebar images I wanted to display on my blog in Photoshop or Indesign, and then I manipulated the HTML code to insert them where I wanted. I then was able to customize Blogger’s “Simple” template with the limited HTML/CSS knowledge I have, various Internet tutorials, and by bugging my friend Shawn late at night via Facebook message. (A word to the wise—never try to alter CSS code via Facebook message.)

While I truly am proud of the product I was able to create, I quickly realized there were many limitations to what I could change in Blogger, and no matter how hard I tried, somethings would just never look “clean.” I also realized there were limited options for search engine optimization (SEO)—ironic considering Blogger is a Google product!—which would ultimately hinder the growth A Touch of Teal could achieve. But perhaps most scary—I realized Google was actually the owner of my content and could disable my site at anytime if they thought I was in violation of their policies. As someone who has spent hours upon hours working on this blog, I was not about to leave my content in the hands of someone who is not invested like I am.

So, I began researching alternatives.

The Decision to Migrate to WordPress

WordPress has the customization, the SEO, the flexibility, and the community of resources I was looking for when trying to grow A Touch of Teal.

Even though Blogger is free, I learned a long time ago in Econ 101 there’s no such thing as a free lunch. Somewhere down the line, I realized I would end up paying by staying on Blogger. And it would probably be with a giant headache. So I looked into domain hosting, and realized the aforementioned advantages of WordPress (.org) were worth paying $6.95 a month for.

Once I had my mind made up I was going to move to WordPress, I had to determine how.

I knew that when I migrated my blog to WordPress, my design would not transfer with it. Considering it took me three+ months to set up my Blogger blog, I was less than enthused with that idea. And after researching complicated, code-heavy tutorials on how to make the jump, I decided my transfer needed to be done by a professional as I also learned in Econ 101 that time is money. And I would have spent more of my time than it was worth trying to successfully pull off a transfer and a redesign on an unfamiliar platform.

Turning it Over to the Professionals

The final step in my process of migrating A Touch of Teal from Blogger to WordPress was finding the right person. It’s easy to find tales of botched migrations on the internet, and I was concerned about losing my content, broken links, and losing my followers/comments/traffic.

I began reaching out to a lot of developers who were not interested in redesigning the blog, just in transferring my site to WordPress. It was through these Google searches I found Lisette of High Note Designs. Since her own blog was botched during a transfer, I knew she understood exactly what she was doing and how important my blog was to me. And as I mentioned yesterday, I loved her design work, so it really was a no-brainer.

After reaching out to a few other developers and talking to Lisette’s past clients, I knew I found the right person.

I have no regrets about beginning A Touch of Teal on blogger. I did the best I could with what I knew at the time, and it was a great learning experience. However, knowing what I know now, I would never recommend Blogger to anyone.

Instead, I would recommend doing it the right way form the start. Lisette has a great tutorial on how to get started, and there are many other great resources out there.