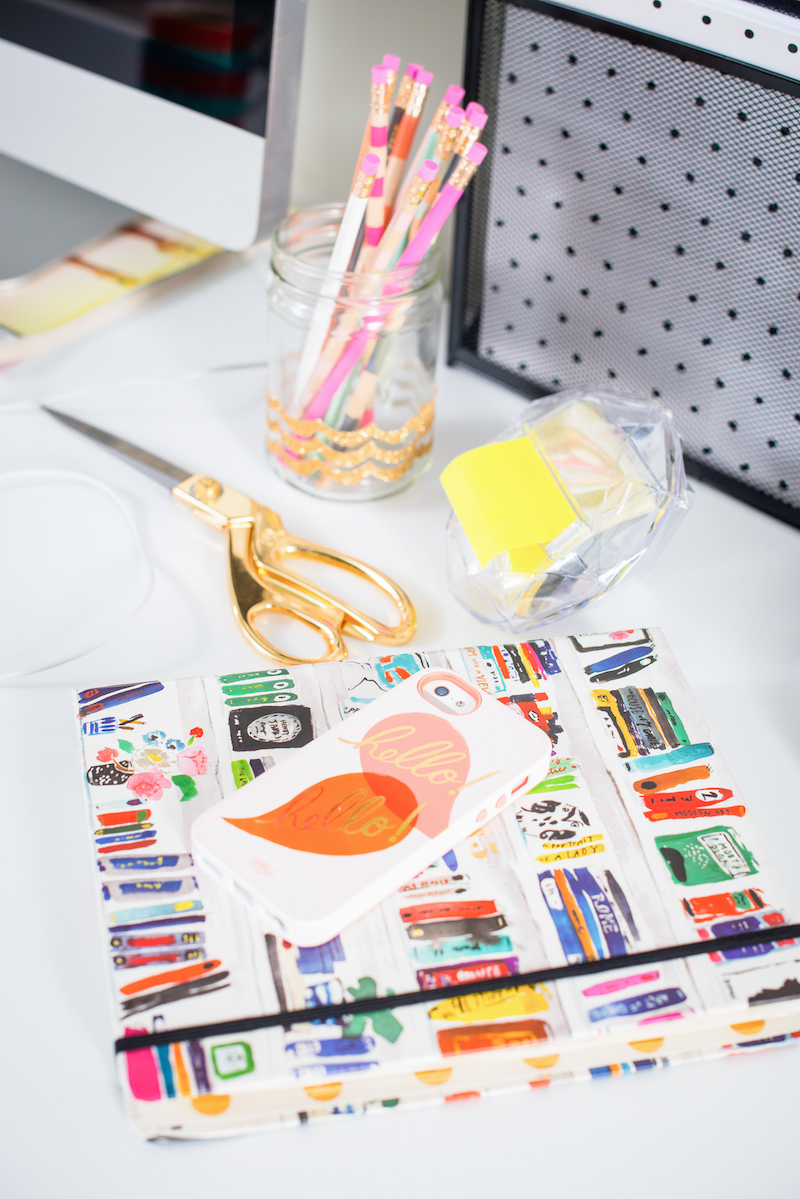 Before we get started today, I want to thank you all for the positive support on my last career post, What I Wish I Knew Before I Started My First Job. All the ladies that contributed to that post are boss b*tches, and I am really glad you guys are just as excited about work-related content as I am.

My first job was working at a high-end toy store during my high school summers. My two best friends also worked there, and even though we were not paid on commission, we loved seeing who could rack up the most sales or wrap an oddly-shaped kids birthday gift the fastest. I made $6.75 an hour, and during our half-hour lunch breaks, we’d walk down to the Chipotle and enjoy burrito bowls, which at the time were $5.25.

Between then and now, a lot more has changed than the price of Chipotle. But along my journey from Sales Associate then to Creative Associate today, I’ve encountered and worked with some amazing people, and have been lucky enough to have people take me under their wing as a mentee. Along the way, I’ve garnered a lot of advice from these people, but I today I wanted to share with you the 3 best pieces of career advice I’ve ever received.

If you do work in the Emergency Room or anywhere else in a hospital, doctor’s office, outpatient clinic, rehab facility, or lab, I commend you. I would have a more successful career just about anywhere else than in the medical field due to my needle intolerance and inability to understand basic science. I also apologize because this lesson probably doesn’t apply to you medically inclined ladies—or at least, I hope it doesn’t.

You see, this phrase is my Georgetown professor’s battlecry, and I think it has a lot of validity. In public relations/marketing/communications/insert any other field here, it’s really easy to get caught up in the day-to-day deadline hustle and lose the ability to see the bigger picture—especially if you work in a details-focused role. Whether your stressed about the quality of a deliverable or deck, had to drop some really bad news on a client or your boss, or really really messed up at work, it can sometimes seem like the most dramatic or worst thing ever.

But you know what?

No one is going to die because you forgot to change the font on one slide of the Powerpoint to “light” weight instead of “book” weight. So what you messed up a meeting time—you didn’t mess up an important dose of medication. You know what I’m saying? So many things in life that cause us stress just aren’t worth stressing about, and all that unnecessary anxiety will probably land you in the ER faster than an accelerated nursing program.

I’m not saying that attention to detail isn’t important, or that you should just stop stressing about everything at work—though if you figure out how, please let me know—I’m just saying it’s important to keep things in perspective and realize what matters in the grand scheme of life.

LESSON #2: ASK FOR FEEDBACK ON YOUR PERFORMANCE AS OFTEN AS YOU CAN, FROM MANY DIFFERENT PEOPLE.

The organizations I’ve worked at really run the gamut in terms of how often—and how—feedback is given.

At my first internship, my supervisor would stop me on the spot and tell me everything I did wrong in that instance. For example, the second I would hang up the phone from talking with a customer, she would itemize all the things I could have said better. But she wasn’t very good at telling me what I was doing well, so it was a very draining work experience since I thought I was doing everything wrong. At other organizations, I have had managers wait six months to tell me I’ve been doing something wrong or provide insight on how I could improve the process, and that’s left me annoyed they didn’t speak up sooner so I could begin working on bettering my habits and work product.

But however uncomfortable feedback may be—though, I think we can all agree positive feedback feels great, which is why I encourage you to cheer your coworkers on when they do something well—it’s important to ask for it often. Don’t be afraid to schedule check-ins with your manager more often than your annual review so that nothing is a surprise and you can work on the things you need to improve before a performance review comes around, especially since performance reviews are generally tied to money. You want to improve as much year over year as you can!

I also think it’s important to ask other people that you work with—that aren’t your manager—for feedback often so that you can get a more 360-degree look at how you’re perceived* at work. The better adept you are at asking and adjusting for the feedback your given, the more likely it is you’ll win supporters and advocates in your organization and industry, and the more quickly your career can grow.

*One thing I really struggle with in performance reviews is other’s perceptions about me that I don’t believe to be true. For instance, a manager once told me that they felt like they couldn’t give me work that bleeds into after-work hours. Yet, a few points before in their feedback, they said they could trust me with any project long- or short-term and know I would get it done on time, and done well. I didn’t understand how both statements could be true.

So, of course, I focused on the negative comment instead of the positive since I really felt like it was unfair assertion. So I did what any adult would do—I went home and cried about it to my dad. And instead of taking my side, he basically told me that perceptions about performance were just as important as truths. Even though I didn’t agree with the comment I wouldn’t stay late at work, I needed to understand that this was now a perception I needed to manage and prove not by countering what my manager said, but by showing them otherwise with my actions.

Remember—your personal brand is what people say about you when you’re not in the room.

I think when people talk about mentors, and address that piece of advice to millennial women, they fall trap to the idea that you can choose a mentor. That’s all fine and good, but a mentor, in theory, spends a lot of time investing in you, guiding you, and giving you advice. I don’t know about y’all, but I barely have time to keep up with my good friends, let alone someone who asked me randomly to be their mentor—whatever that really means.

So recently, a wise woman who I looked up to made a really good point when she told me the thing most people fail to recognize is that the mentor chooses the mentee.

Because of this, it’s important to make yourself coachable and show that you are willing to learn. People are more willing to invest their time in you if you’re going to show up and put in the hard work.

Now I am not saying you shouldn’t seek advice from those in your industry who have more experience than you or who have the job you hope to hold someday. But I think it’s important to realize that you have to demonstrate your willingness to learn, flexibility, and openness to new ideas in order for people to want to spend the time developing you.

And remember—it’s important to pay it forward one day!