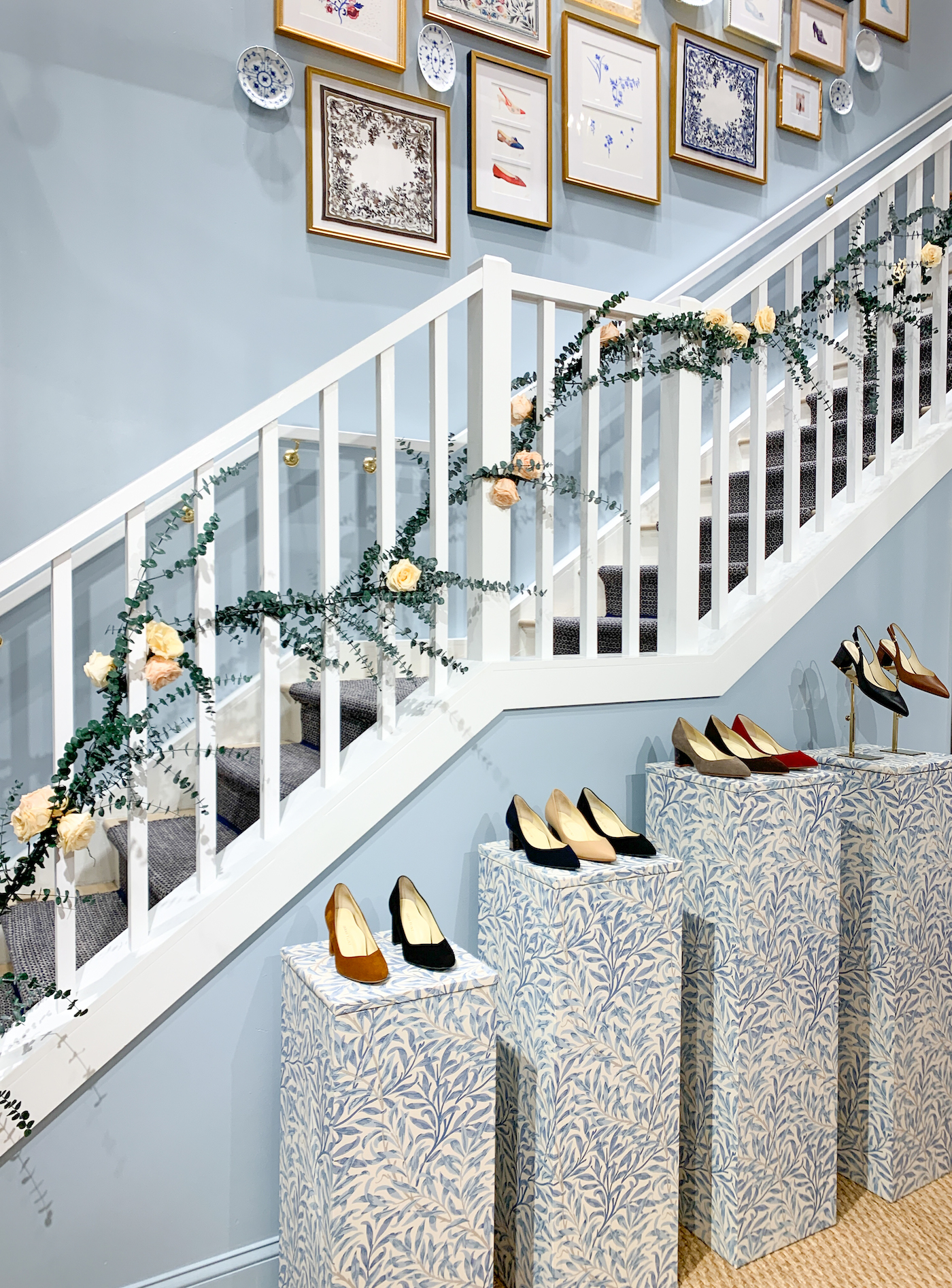 If you live in the DC area like I do, or are planning a visit in the coming months, you definitely have a new reason to make a trip down to Georgetown: the gorgeous Sarah Flint pop up store! Located at 1079 Wisconsin right off M Street, it’s a wonderful shopping experience—I could have moved in because the merchandising and interior decor was stunning.

While many of my friends have been devotees of Sarah Flint for several years, I had always admired the brand from afar, but never had purchased a pair of my own. It really is true what they say: you get what you pay for! And while Sarah Flint shoes are on the higher price range of what I would typically spend on clothing and shoes, the quality is amazing—the shoes are well made and they’re comfortable. (If I was going into the office every day like the before times, I would 100% buy a pair of their beloved perfect pumps!)

After taking a quick walk around the store and trying the delicious chocolate chip cookies baked by Underground Goods using Sarah Flint’s family recipe, it was time to try on some shoes! One of the nice things about visiting the pop up store is that you can try on all different styles in-person before purchasing—which is especially nice when you’re investing in a special pair of shoes! The pop up has a “shoe wall” that has sizes 34-43 on hand so you can try the shoes on and walk around in-store to make sure they’re the best size and style for you.

You can purchase and walk out with coveted core styles, or place your order, continue shopping sans bags, and receive your shoes right at your doorstep.

END_OF_DOCUMENT_TOKEN_TO_BE_REPLACED 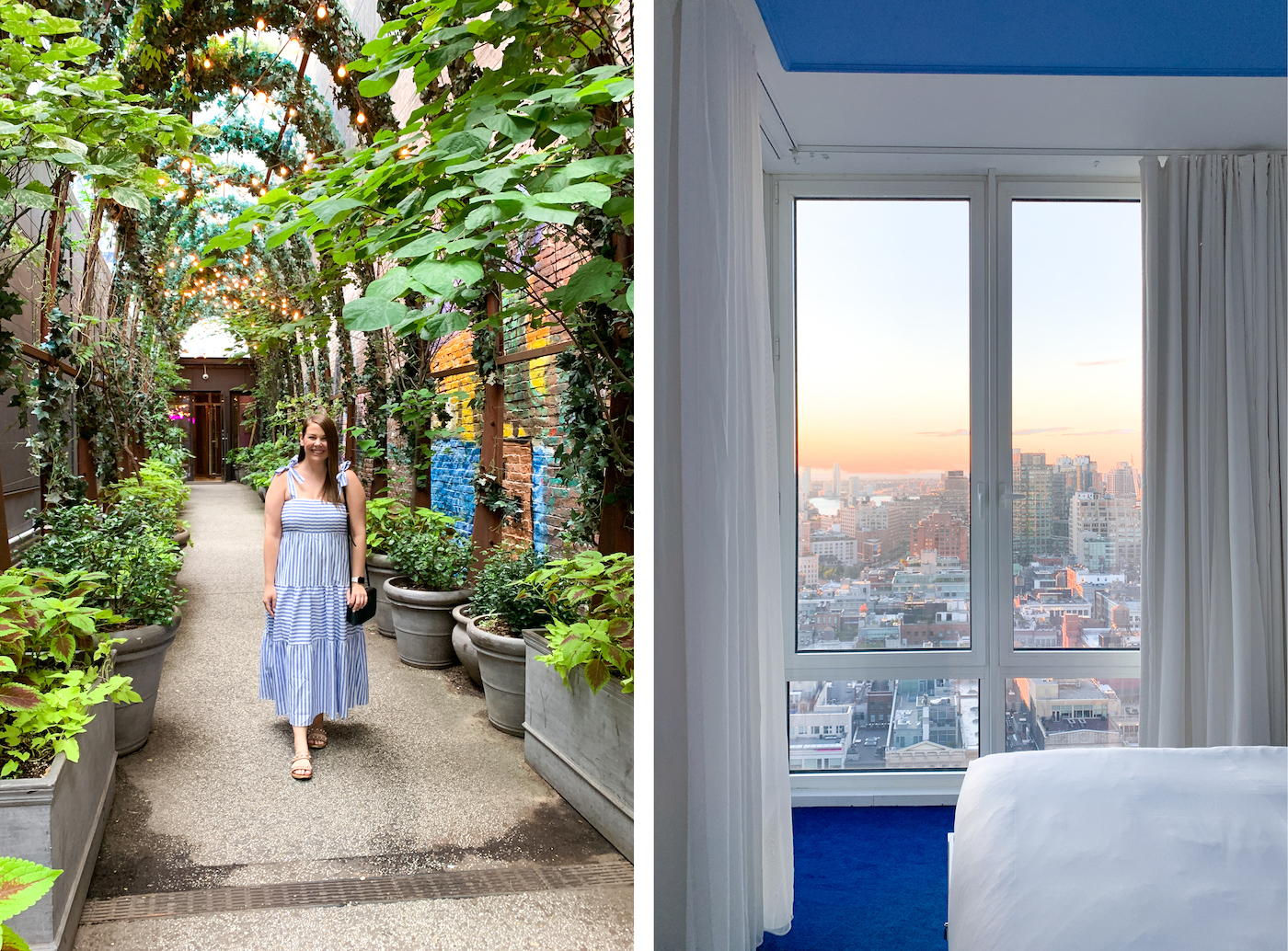 The past couple of Labor Day Weekends, I’ve gone on road trips through the South. This year, I mixed things up a little bit and went north to New York City to celebrate my friend Laura Lehman’s bachelorette party!

I remember when Laura texted me to invite me and get the date on my radar—it was still really cold outside, vaccine rollout was not anywhere near promising, and my calendar for the year was legitimately empty. I immediately said yes—it’s so important to have things to look forward to!—and kept my fingers crossed that it would be safe enough for us to go come early September. Luckily, it all worked out and we were able to go!

While we technically went before NYC’s vaccine mandate that was rolled out just a few days later, most of the establishments we went to did check our vaccine cards at the door if we were going to be inside. (I brought my physical vaccine card, but places would also accept a photo of your card; most also matched the name on your vaccine card to the name on your legal identification.)

While I’ve written about New York City several times here on A Touch of Teal before, one of the cool things about New York City, I think, is that you can visit dozens of times and never run out of things to do. Prior to the pandemic, I went to NYC for work on average once a month and frequently visited friends, too. I also lived there for a summer—so needless to say, I’ve done a lot in New York. And yet, this trip was entirely new for me—which is why I wanted to write a post about everything we did! I also thought it might be helpful if you’re also planning a bachelorette in the Big Apple.

END_OF_DOCUMENT_TOKEN_TO_BE_REPLACED 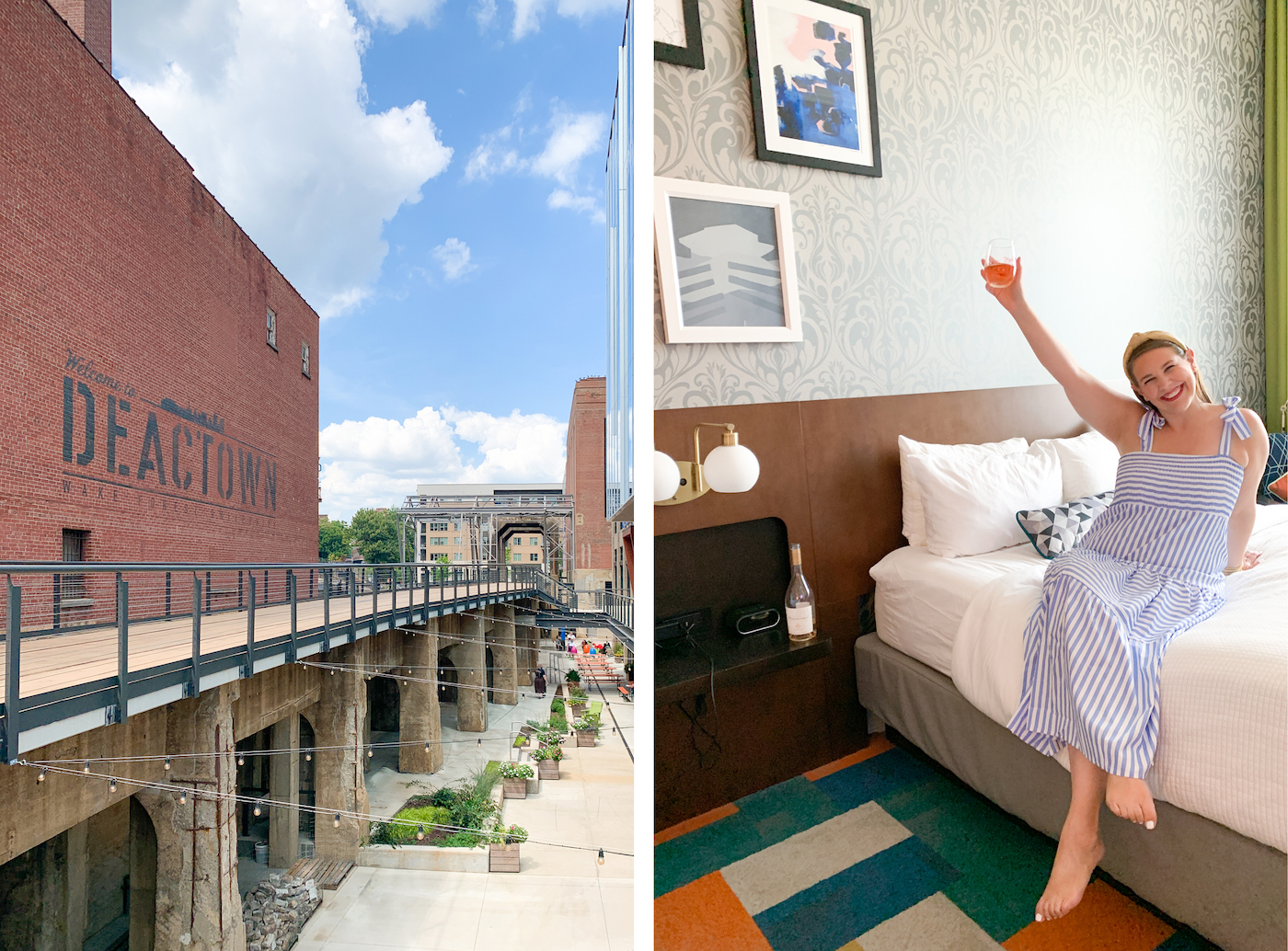 Last month, Visit Winston-Salem invited me and my sister, Jennifer, for a weekend trip to experience the best their city has to offer and share it with all of you. The large majority of this trip was c/o—we paid for a few of our meals and gas to get to town, but Visit-Winston Salem gifted us our hotel stay, the majority of our meals, and the experiences we enjoyed, in exchange for promotion. I’ll flag anything below that we paid for ourselves—as always, opinions are my own!

Though I was born in North Carolina and spent the first eight years of my life there, I had only been to Winston-Salem a handful of times—once to tour Wake Forest as a high school junior and twice to visit friends going to Wake Forest Law. On previous trips, I didn’t venture very far from Wake Forest—so essentially, this was my first time here. I didn’t really know what to expect, but I walked away after my trip as a huge fan of this city. There’s so much amazing food + drink, history, architecture, shopping—all complemented by Southern Hospitality and packaged in a very livable city.

I wanted to share some of the history behind Winston-Salem, since I learned it on our trip and found it really interesting. Winston-Salem actually used to be two separate cities, Winston and Salem. Salem was founded more than 250 years ago, when the Moravians, a devout, religious group from Eastern Europe, settled in the area because of the fertile soil and temperate climate. Salem eventually became a thriving trade center, as the Moravians were known for their work as craftsmen of pottery, tannery, iron works, cloth, and furniture making. At the same time, Winston, a more secular city, was being formed nearby. After the Civil War, Winston rose to national prominence as a bustling industrial center, and emerged as a leader in tobacco and textile manufacturing. By 1913, it was clear that there was more to be gained by merging the cities and Winston-Salem was born. RJ Reynolds Tobacco, Piedmont Airlines (which became US Airways), Krispy Kreme, and TW Garner Food Company—makers of Texas Pete hot sauce all found their start in Winston-Salem.

We spent about 48 hours in Winston-Salem, as we arrived on Friday morning and left after breakfast on Sunday—I definitely could have done another day in town. But luckily for me, it was really easy to get to Winston-Salem from the DC area, which means that it will be easy to get back one day soon. And for those of you in the DC area like me, this would be such a fun weekend trip idea—definitely make sure Winston-Salem is on your list!